A Doozy of a Story

The Origin of Doozy Isn't What You Think

Some words get stories told about them all the time. And sometimes those stories aren't true.

Take doozy. This word, which means "an extraordinary one of its kind," is used to describe both the good and the bad — a great rollercoaster can offer a doozy of a ride, and you can have a doozy of a dilemma. 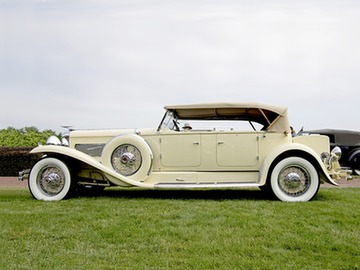 Lots of people think the word doozy comes from Duesenberg, the name of a now-defunct car company that some say produced the finest American cars ever. It's a good story, but it doesn't fly chronologically. Doozy was first recorded in the form dozy in eastern Ohio in 1916 — four years before the Duesenberg Motor Company began manufacturing passenger cars. Separating doozy from the fancy cars even more is the even older adjective doozy meaning "stylish" or "splendid." That word dates back to 1903.

Some have claimed that even if doozy doesn't actually have its origin in Duesenberg, the impressive cars popularized the word and can therefore be credited with its widespread use if not its birth. Here too, though, the evidence just isn't there: we simply don't find many examples of doozy in use during the decades the cars were most likely to be seen on the road. In fact, there's nothing from the 1920s or 1930s to suggest an association between Duesenberg cars and the popularity of the word doozy. Most people probably hadn't even heard the word doozy until the 1960s or later. The link between the car and the word seems to have been incorrectly inferred after the fact.

Where does doozy come from then? Well, the most likely source is far more mundane than fancy cars. Etymologists believe doozy is an alteration of daisy, which at one time was used to mean "a first-rate person or thing." Sounds like a daisy of an etymology to us.