How is the word quiescent distinct from other similar adjectives?

Some common synonyms of quiescent are dormant, latent, and potential. While all these words mean "not now showing signs of activity or existence," quiescent suggests a usually temporary cessation of activity.

the disease was quiescent

When is it sensible to use dormant instead of quiescent?

While in some cases nearly identical to quiescent, dormant suggests the inactivity of something (such as a feeling or power) as though sleeping.

their passion had lain dormant

When is latent a more appropriate choice than quiescent?

The words latent and quiescent can be used in similar contexts, but latent applies to a power or quality that has not yet come forth but may emerge and develop.

a latent desire for success

Where would potential be a reasonable alternative to quiescent?

In some situations, the words potential and quiescent are roughly equivalent. However, potential applies to what does not yet have existence or effect but is likely soon to have. 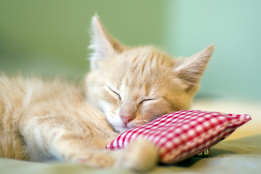 More from Merriam-Webster on quiescent