How does the adjective gaudy contrast with its synonyms?

Some common synonyms of gaudy are flashy, garish, meretricious, and tawdry. While all these words mean "vulgarly or cheaply showy," gaudy implies a tasteless use of overly bright, often clashing colors or excessive ornamentation.

When could flashy be used to replace gaudy?

The words flashy and gaudy are synonyms, but do differ in nuance. Specifically, flashy implies an effect of brilliance quickly and easily seen to be shallow or vulgar.

When is garish a more appropriate choice than gaudy?

While in some cases nearly identical to gaudy, garish describes what is distressingly or offensively bright.

Where would meretricious be a reasonable alternative to gaudy?

The synonyms meretricious and gaudy are sometimes interchangeable, but meretricious stresses falsity and may describe a tawdry show that beckons with a false allure or promise.

a meretricious wasteland of casinos and bars

When is it sensible to use tawdry instead of gaudy?

In some situations, the words tawdry and gaudy are roughly equivalent. However, tawdry applies to what is at once gaudy and cheap and sleazy. 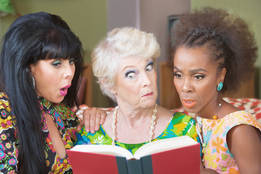 How a Saint Gave Us the Word 'Tawdry' 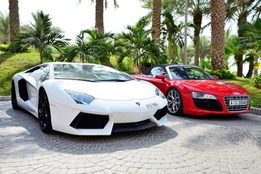 When an $87 million mansion was put up for auction ...

More from Merriam-Webster on gaudy