How is the word beg distinct from other similar verbs?

Some common synonyms of beg are adjure, beseech, entreat, implore, importune, and supplicate. While all these words mean "to ask urgently," beg suggests earnestness or insistence in the asking.

they begged for help

Where would adjure be a reasonable alternative to beg?

Although the words adjure and beg have much in common, adjure implies advising as well as pleading.

we were adjured to tell the truth

How are the words beseech and implore related as synonyms of beg?

Both beseech and implore imply a deeply felt anxiety.

In what contexts can entreat take the place of beg?

The synonyms entreat and beg are sometimes interchangeable, but entreat implies an effort to persuade or to overcome resistance.

entreated me to join them

When is it sensible to use importune instead of beg?

In some situations, the words importune and beg are roughly equivalent. However, importune suggests an annoying persistence in trying to break down resistance to a request.

When might supplicate be a better fit than beg?

While the synonyms supplicate and beg are close in meaning, supplicate suggests a posture of humility.

with bowed heads they supplicated their Lord 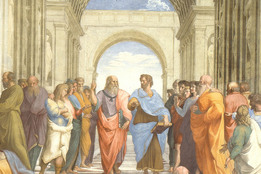 It's not begging at all

More from Merriam-Webster on beg