1a : a small usually walled and often paved area open to the sky and adjacent to a building : court
b : the grounds of a building or group of buildings
2 : the grounds immediately surrounding a house that are usually covered with grass
3a : an enclosure for livestock (such as poultry)
b(1) : an area with its buildings and facilities set aside for a particular business or activity
(2) : an assembly or storage area (as for dry-docked boats)
c : a system of tracks for storage and maintenance of cars and making up trains
4 : a locality in a forest where deer herd in winter

1 : to drive into or confine in a restricted area : herd, pen
2 : to deliver to or store in a yard

: to congregate in or as if in a yard

1 : any of various units of measure: such as
a : a unit of length equal in the U.S. to 0.9144 meter — see Weights and Measures Table
b : a unit of volume equal to a cubic yard
2a : a great length or quantity remembered yards of facts and figures
b slang : one hundred dollars
3 : a long spar tapered toward the ends to support and spread the head of a square sail, lateen, or lugsail
4 : a slender glass about three feet tall having a flared opening and a bulbous bottom also : the amount it contains a yard of ale
the whole nine yards
: all of a related set of circumstances, conditions, or details who could learn the most about making records, about electronics and engineering, the whole nine yards— Stephen Stills —sometimes used adverbially with go to indicate an all-out effort

First Known Use of yard

1758, in the meaning defined at transitive sense 1

History and Etymology for yard

Note: The above is only one possible account of this somewhat problematic etymon. If not from a Verner's Law variant of a putative stem *ghor-to-, the Germanic word could go back to *ghordho-, which would correspond to Slavic *gordŭ (Old Church Slavic gradŭ "town, garden, yard," Russian górod "city," Bosnian-Croatian-Serbian grâd) and Lithuanian gar͂das "pen, fold." The Slavic and Baltic words have, alternatively, been taken as loans from Germanic. This explanation would not, however, cover Albanian gardh "fence, wattled partition," or, more crucially, Sanskrit gṛháḥ "house," if it goes back to *ghr̥dhos, a zero-grade derivative. The Germanic etymon has traditionally been connected with a hypothetical verb base *ǵher- "grasp, enclose," seen in Sanskrit harati "(s/he) takes, fetches, bears," jahrur "were fetched," though the Albanian, Balto-Slavic and Sanskrit words do not show a palatovelar. A palatovelar is evidenced, however, in a group of semantically related words: Lithuanian žárdas "rack for drying grain, flax or pease, cattle hurdle," ža͂rdis "fenced pasture," Old Prussian sardis "fence," regional Russian zoród, zaród "stack of hay or grain sheaves, enclosure around a stack." Also associated with Germanic *garđa- is a strong verb *gerđan- hypothetically evidenced by Gothic *-gairdan (attested only as the past participle bigaurdans, translating Greek perizōsámenos "girding oneself") and a weak verb *gurdjan- with zero grade—see gird entry 1, girdle entry 1, girth entry 1.

The first known use of yard was before the 12th century 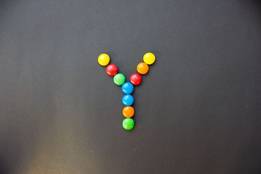 1 : an outdoor area next to a building that is often bordered (as by shrubs or fences) Children played in the yard.
2 : the grounds of a building a prison yard
3 : a fenced area for livestock a chicken yard
4 : an area set aside for a business or activity a navy yard
5 : a system of railroad tracks especially for keeping and repairing cars

Kids Definition of yard (Entry 2 of 2)

1 : a measure of length equal to three feet or 36 inches (about 0.91 meter)
2 : a long pole pointed toward the ends that holds up and spreads the top of a sail

More from Merriam-Webster on yard

Thesaurus: All synonyms and antonyms for yard