1
finances plural : money or other liquid resources of a government, business, group, or individual
The library closed due to a lack of finances.
2
: the system that includes the circulation of money, the granting of credit, the making of investments, and the provision of banking facilities
3
: the science or study of the management of funds
An expert in finance predicts a global recession.
4
: the obtaining of funds or capital : financing
business expansion for which finance would otherwise be unavailable

1
a
: to raise or provide funds or capital for
finance a new house
b
: to furnish with necessary funds
finance a son through college
2
: to sell something to on credit

Noun She's taking a course on personal finance. an expert in finance who predicts global economic disaster The library closed due to a lack of finances. Verb His parents financed his college education. The study was financed by a government grant. They financed him to study abroad. See More
Recent Examples on the Web
Noun
Medora Lee is a money, markets and personal finance reporter at USA TODAY.

Sue Kiesewetter, The Enquirer, 16 Nov. 2022 On Saturdays, readers get an extra four pages of personal finance and career advice in a supplemental section called Success.

Globe Staff, BostonGlobe.com, 8 Nov. 2022 Deciding whether to take the annuity or lump sum is often presented as a fun personal-finance question (lump sum).

Zachary M. Seward, Quartz, 4 Nov. 2022 If the measure passes, supervisors would set tax rates early next year and would try to align them with cannabis tax rates of neighboring cities, said Brian Hagerty, an assistant group finance director for the county.

K.j. Yossman, Variety, 17 Oct. 2022 According to a presentation by Forest Preserves finance director Steve Neaman, county homeowners with a house worth approximately $250,000 will pay about $125.22 in property taxes to the Forest Preserves.

Quartz, 14 Nov. 2022 The final flexibility mechanism, Joint Implementation (JI), allowed a nation with a high cost of reducing emissions to finance GHG reduction projects in another country and earn credits towards their own emissions target.

David Carlin, Forbes, 11 Nov. 2022 Also that same year, an effort to finance a $2.1 billion overhaul to Interstate 10 in coastal Alabama drew fire from conservatives over the use of tolls to pay for it.

al, 8 Nov. 2022 State investment was critical to the project, including a $12 million, low-cost loan through the Capital Region Development Authority, the quasi-public agency that has helped finance nearly 3,000 new, rental units in and around downtown since 2014.

Kenneth R. Gosselin, Hartford Courant, 14 Oct. 2022 To finance his comparatively low-key lifestyle in the past, the CEO has resorted to borrowing against the value of his stock to avoid paying capital gains tax.

Christiaan Hetzner, Fortune, 7 Oct. 2022 Black graduates across the board constituted the highest percentage of borrowers to finance higher education in 2020, according to the Student Borrower Protection Center.

Arthur Jones Ii, ABC News, 24 Sep. 2022 The Federal Reserve kept the money spigots open for too long, in part to finance the borrowing needed for all of the spending.

The Editorial Board, WSJ, 8 Sep. 2022 The state Department of Early Care and Learning will get up to $12 million to finance summer transition programs in summer 2023 for children who will be entering 4-year-old prekindergarten and kindergarten the next fall.

These example sentences are selected automatically from various online news sources to reflect current usage of the word 'finance.' Views expressed in the examples do not represent the opinion of Merriam-Webster or its editors. Send us feedback.

Note: In the current senses, finance is borrowed directly from French, though the word existed in English with early senses going back to medieval French; cf. Middle English fynaunce "ending, outcome, monetary payment, ransom," borrowed from Anglo-French in these senses. 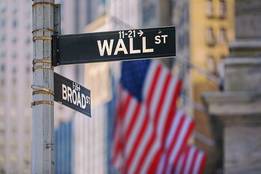 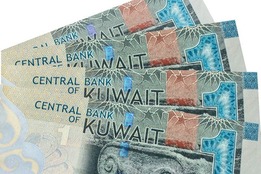 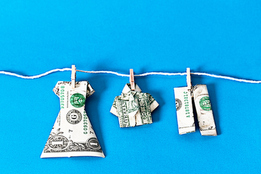 In the beginning, 'income' simply meant "coming in"

fī-ˈnan(t)s
1
plural : resources (as money) available to a government, person, group, or business
2
: the obtaining or providing of funds or capital
3
: the system that includes the circulation of money, the providing of banks and credit, and the making of investments
financial
fə-ˈnan-chəl
fī-
adjective
financially
-ˈnanch-(ə-)lē
adverb

financed; financing
: to provide money for
finance a trip

fi·​nance
1
plural : money or other liquid resources of a government, business, group, or individual
2
: the system that includes the circulation of money, the granting of credit, the making of investments, and the provision of banking facilities
3
: the science or study of the management of funds
4
: the obtaining of funds or capital : financing

financed; financing
1
a
: to raise or provide funds or capital for
finance a takeover
b
: to furnish with necessary funds
2
: to sell something to on credit

More from Merriam-Webster on finance