1 : to prohibit especially by legal means ban discrimination Is smoking banned in all public buildings? also : to prohibit the use, performance, or distribution of ban a book ban a pesticide
2 : bar entry 2 sense 3c banned from the U.N.
3 archaic : curse It is a hard fate … to be banned … by the world, only because one has sought to be wiser than the world is.— Edward Bulwer Lytton

1 : legal or formal prohibition a ban on beef exports
2 : censure or condemnation especially through social pressure was under ban for her political views
3 religion : anathema, excommunication under the pope's ban
4 : malediction, curse uttered a ban upon his enemies
5 : the summoning in feudal times of the king's vassals for military service

Verb The school banned that book for many years. The city has banned smoking in all public buildings. The drug was banned a decade ago. The use of cell phones is banned in the restaurant.

Note: The senses "curse, anathematize, prohibit," etc., in Middle English are not attested in Old English and are generally thought to reflect influence of the cognate Old Norse verb. The English verb has also been influenced in sense by Medieval Latin bannīre and Old French banir (see banish). — The reconstruction of the source of Germanic *bannan- in Indo-European terms is from G. Kroonen, Etymological Dictionary of Proto-Germanic (Brill, 2013), though any number of alternative reconstructions are possible that result in the new verbal base *bann-. Indo-European *bheh2- "speak, say" is phonetically identical with and probably a semantic offshoot of the base *bheh2- "shine, give light, appear" (see fantasy entry 1); the presumed sense in shift would be "shine, give light" > "make bright, illuminate" > "make clear, clarify" > "speak, say."

Middle English ban, bane, banne "proclamation by an authority, summons, one of the marriage banns, troop of warriors summoned by their overlord," in part noun derivative of bannen "to summon (troops) by proclamation," in part borrowed from Anglo-French ban, baan "proclamation, edict, jurisdiction, one of the marriage banns" (also continental Old French, "summons to arms by a lord, proclamation commanding or prohibiting an action"), going back to Old Low Franconian *banna-, going back to Germanic (whence also Old Frisian bon, ban, bān "order commanding or prohibiting under pain of a fine, authority, summoning of the army, banishment," Old Saxon bann "command, summons, fine, excommunication," Old High German ban "command by an authority, order, legal extension or withdrawal of protection"), noun derivative of *bannan- "to speak formally, call on, order" — more at ban entry 1

Note: The Middle English noun may also continue Old English gebann, gebenn "edict, proclamation, command," a derivative of gebannan, similar in meaning to unprefixed bannan. The negative senses "prohibition, condemnation," etc., though present to a limited degree already in early Medieval Latin, do not appear in English (or French) until the sixteenth century, and are in part derived from the verb ban entry 1. The Germanic etymon appears in Latin as bannus (or bannum), from the sixth century in Gregory of Tours' Historia Francorum, and the seventh century in the Lex Ripuaria, the laws of the Ripuarian Franks; the Latin word went on to develop a broad range of meanings (compare the entries in J.F. Niermeyer, Mediae Latinitatis lexicon minus and Dictionary of Medieval Latin from British Sources). 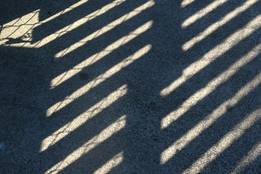