, for sense 2 without stress \

1 : being an unknown, undetermined, or unspecified unit or thing some person knocked
2a : being one, a part, or an unspecified number of something (such as a class or group) named or implied some gems are hard
b : being of an unspecified amount or number give me some water have some apples
3 : remarkable, striking that was some party
4 : being at least one —used to indicate that a logical proposition is asserted only of a subclass or certain members of the class denoted by the term which it modifies

1 : one indeterminate quantity, portion, or number as distinguished from the rest
2 : an indefinite additional amount ran a mile and then some

1 : about some 80 houses twenty-some people
2a : in some degree : somewhat felt some better
b : to some degree or extent : a little the cut bled some I need to work on it some more
c —used as a mild intensive that's going some

: group of (so many) members and especially persons foursome

Synonyms & Antonyms for some

Using Some as an Adverb: Usage Guide

When some is used to modify a number, it is almost always a round number a community of some 150,000 inhabitants but because some is slightly more emphatic than about or approximately it is occasionally used with a more exact number in an intensive function. an expert parachutist, he has some 115 jumps to his credit — Current Biography When some is used without a number, most commentators feel that somewhat is to be preferred. Their advice is an oversimplification, however; only when some modifies an adjective, usually a comparative, will somewhat always substitute smoothly. When some modifies a verb or adverb, and especially when it follows a verb, substitution of somewhat may prove awkward. Italy forced me to grow up some — E. W. Brooke I'm not a prude; I've been around some in my day — Roy Rogers here in Newport, both Southern Cross and Courageous practiced some more — W. N. Wallace

Examples of some in a Sentence

Adjective Can I have some water? She had some interest in the job. I have some money left, but not much. I hope I've been of some help. We met some years ago. He spoke at some length about his problems. Adverb Would you like some more potatoes? I need to work on it some more.
See More

These example sentences are selected automatically from various online news sources to reflect current usage of the word 'some.' Views expressed in the examples do not represent the opinion of Merriam-Webster or its editors. Send us feedback.

First Known Use of some

History and Etymology for some

Learn More about some

Time Traveler for some

The first known use of some was before the 12th century 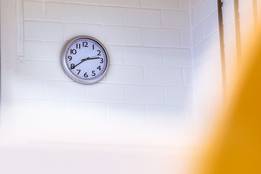 How and When to Use 'Sometime' and...

Dictionary Entries near some

Phrases Related to some

a matter of some concern

for (quite) some time

for some reason or another

for some reason or other

More Definitions for some

English Language Learners Definition of some

English Language Learners Definition of some (Entry 2 of 5)

: an unspecified amount or number of people or things

English Language Learners Definition of some (Entry 3 of 5)

—used to indicate that a number is approximate —sometimes used in combination
: to an unspecified amount or degree

English Language Learners Definition of -some (Entry 4 of 5)

English Language Learners Definition of -some (Entry 5 of 5)

: a group of (so many) people or things

Kids Definition of some

1 : not known, named, or specified Some person called while you were out.
2 : being one, a part, or an unspecified number of something Some birds can't fly.
3 : being of an amount or number that is not mentioned Can you buy some apples?

Kids Definition of some (Entry 2 of 4)

: a certain number or amount Some of the milk has spilled. Some of the paintings are sold.

Kids Definition of -some

: distinguished by a specified thing, quality, state, or action troublesome

: group of so many members foursome

More from Merriam-Webster on some

Thesaurus: All synonyms and antonyms for some

Nglish: Translation of some for Spanish Speakers

Britannica English: Translation of some for Arabic Speakers