How is the word toothsome different from other adjectives like it?

Some common synonyms of toothsome are appetizing, palatable, savory, and tasty. While all these words mean "agreeable or pleasant especially to the sense of taste," toothsome stresses the notion of agreeableness and sometimes implies tenderness or daintiness.

an enticing array of toothsome desserts

Where would appetizing be a reasonable alternative to toothsome?

The words appetizing and toothsome can be used in similar contexts, but appetizing suggests a whetting of the appetite and applies to aroma and appearance as well as taste.

When can palatable be used instead of toothsome?

While the synonyms palatable and toothsome are close in meaning, palatable often applies to something that is found to be merely agreeable.

When is savory a more appropriate choice than toothsome?

While in some cases nearly identical to toothsome, savory applies to both taste and aroma and suggests piquancy and often spiciness.

When is it sensible to use tasty instead of toothsome?

In some situations, the words tasty and toothsome are roughly equivalent. However, tasty implies a pronounced taste.

a tart and tasty pie 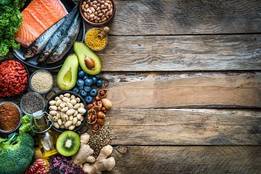 Tasty Only in Afterthought: 6 Words...

We use these words to describe food, but they began their lexical lives in other territories