1
as in elusive
hard to find, capture, or isolate that fugitive trait called artistic creativity

How is the word fugitive different from other adjectives like it?

Some common synonyms of fugitive are ephemeral, evanescent, fleeting, momentary, transient, and transitory. While all these words mean "lasting or staying only a short time," fugitive and fleeting imply passing so quickly as to make apprehending difficult.

When is ephemeral a more appropriate choice than fugitive?

The meanings of ephemeral and fugitive largely overlap; however, ephemeral implies striking brevity of life or duration.

many slang words are ephemeral

When is it sensible to use evanescent instead of fugitive?

In some situations, the words evanescent and fugitive are roughly equivalent. However, evanescent suggests a quick vanishing and an airy or fragile quality.

When can momentary be used instead of fugitive?

While in some cases nearly identical to fugitive, momentary suggests coming and going quickly and therefore being merely a brief interruption of a more enduring state.

my feelings of guilt were only momentary

Where would transient be a reasonable alternative to fugitive?

The words transient and fugitive are synonyms, but do differ in nuance. Specifically, transient applies to what is actually short in its duration or stay.

In what contexts can transitory take the place of fugitive?

The words transitory and fugitive can be used in similar contexts, but transitory applies to what is by its nature or essence bound to change, pass, or come to an end.

fame in the movies is transitory 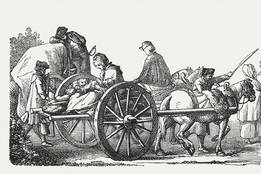 The Origin of 'Refugee'

The word originally referred to the Huguenots

More from Merriam-Webster on fugitive