See More
See More
2
as in aforementioned
mentioned previously for the foregoing reasons, I believe that we have no choice but to deliver a guilty verdict

present participle of forego
as in preceding
to go or come before in time if the sparse crowds are any indication of the public's interest in the presidential candidate, then his reputation obviously foregoes him

How is the word foregoing distinct from other similar adjectives?

Some common synonyms of foregoing are antecedent, anterior, former, preceding, previous, and prior. While all these words mean "being before," foregoing applies chiefly to statements.

When would antecedent be a good substitute for foregoing?

While in some cases nearly identical to foregoing, antecedent applies to order in time and may suggest a causal relation.

conditions antecedent to the revolution

When is anterior a more appropriate choice than foregoing?

The synonyms anterior and foregoing are sometimes interchangeable, but anterior applies to position before or ahead of usually in space, sometimes in time or order.

the anterior lobe of the brain

When might former be a better fit than foregoing?

The words former and foregoing can be used in similar contexts, but former implies always a definite comparison or contrast with something that is latter.

the former name of the company

When is it sensible to use preceding instead of foregoing?

The meanings of preceding and foregoing largely overlap; however, preceding usually implies being immediately before in time or in place.

How are the words previous and prior related as synonyms of foregoing?

Both previous and prior imply existing or occurring earlier, but prior often adds an implication of greater importance.

a child from a previous marriage
a prior obligation 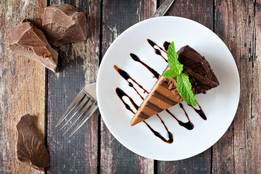 'Forego' vs. 'Forgo': The E Is Important

Dinner might 'forego' dessert, but who would want to 'forgo' it?

More from Merriam-Webster on foregoing