1a : heat of mind or emotion : proneness to anger : passion she has a real temper
b : calmness of mind : composure
c : state of feeling or frame of mind at a particular time usually dominated by a single strong emotion
d : a characteristic cast of mind or state of feeling : disposition
2a : characteristic tone : trend the temper of the times
b : high quality of mind or spirit : courage
c archaic : a suitable proportion or balance of qualities : a middle state between extremes : mean, medium virtue is … a just temper between propensities— T. B. Macaulay
d archaic : character, quality the temper of the land you design to sow— John Mortimer
3a : the state of a substance with respect to certain desired qualities (such as hardness, elasticity, or workability) especially : the degree of hardness or resiliency given steel by tempering
b : the feel and relative solidity of leather
4 : a substance (such as a metal) added to or mixed with something else (such as another metal) to modify the properties of the latter

Definition of temper (Entry 2 of 2)

1 : to dilute, qualify, or soften by the addition or influence of something else : moderate temper justice with mercy
2a : to anneal or toughen (glass) by a process of gradually heating and cooling
b(1) : to harden (a material, such as steel) by reheating and cooling in oil
(2) : to soften (a material, such as hardened steel or cast iron) by reheating at a lower temperature
3 : to make stronger and more resilient through hardship : toughen troops tempered in battle
4 : to bring to a suitable state by mixing in or adding a usually liquid ingredient: such as
a : to mix (clay) with water or a modifier (such as grog) and knead to a uniform texture
b : to mix oil with (colors) in making paint ready for use
5a : to put in tune with something : attune
b : to adjust the pitch of (a note, chord, or instrument) to a temperament
6 archaic
a : to exercise control over : govern, restrain
b : to cause to be well disposed : mollify tempered and reconciled them both— Richard Steele
Other Words from temper Synonyms Choose the Right Synonym Mix Things Up With the Meaning of Temper More Example Sentences Phrases Containing temper Learn More About temper

Other Words from temper

Choose the Right Synonym for temper

Mix Things Up With the Meaning of Temper

The temper root keeps its basic meaning—"to mix" or "to keep within limits"—in the English word temper. When you temper something, you mix it with some balancing quality or substance so as to avoid anything extreme. Thus, it's often said that a judge must temper justice with mercy. Young people only gradually learn to temper their natural enthusiasms with caution. And in dealing with others, we all try to temper our honesty with sensitivity.

Examples of temper in a Sentence

Noun She has a bad temper. That boy has quite a temper. He needs to learn to control his temper. She hit him in a fit of temper. He slammed the door and left in a temper. It's often difficult for parents not to lose their tempers. He is in a pleasant temper. Verb The steel must be properly tempered. See More
Recent Examples on the Web: Noun Still, even knowing the implications that a massive eruption of solar energy can bring, there’s just something fascinating and beautiful about those ‘temper tantrums’ that the Sun throws out. — Joshua Hawkins, BGR, 2 May 2022 West, who is played by Australian actor Jason Clarke, is depicted as a hot-tempered, moody team executive prone to temper tantrums and foul language. — Greg Braxtonsenior Writer, Los Angeles Times, 2 May 2022 Improving sleep schedules may lead to temper tantrums, break downs, or pushback from kids and teens. — Anchorage Daily News, 14 Apr. 2022 The jury heard that as a toddler Eric threw temper tantrums and banged his head on the floor. — CBS News, 26 Mar. 2022 The sun is getting more active, and Solar Orbiter has been watching its solar temper tantrums. — Ashley Strickland, CNN, 26 Mar. 2022 The Sun appears to have thrown a temper tantrum last week. — Joshua Hawkins, BGR, 25 Apr. 2022 For example, in a recent conversation about tolerance, students talked about being tolerant of people with different opinions, tolerance when others lose their temper, and cultural tolerance. — Kat Mckim, Fortune, 14 Apr. 2022 But Robinson refused to give in and lose his temper. — Laura Blasey, Los Angeles Times, 12 Apr. 2022 Recent Examples on the Web: Verb For Amazon, the overwhelming win may temper fears among executives that unionization could take off across its work force. — New York Times, 2 May 2022 Prescription-grade colloidal oatmeal paired with argan oil help to temper the side effects of the skin condition, calming irritation and soothing discomfort. — Health.com, 20 Apr. 2022 Once the Moon moves into gentle Taurus, emotions will likely temper. — Tarot Astrologers, chicagotribune.com, 2 Apr. 2022 But surging gas prices and other hiccups in the economy may temper your ability to cure cabin fever. — Rick Henderson, The Week, 29 Mar. 2022 And a shift toward outdoor socializing could temper an increase in case numbers. — Compiled Democrat-gazette Staff From Wire Reports, Arkansas Online, 21 Mar. 2022 High-quality care and supportive caregivers, Asnes noted, can temper those risks. — Eliza Fawcett, courant.com, 13 Mar. 2022 But war risks in Europe could temper an aggressive action. — Susan Tompor, Detroit Free Press, 8 Mar. 2022 For this ambitious session, featuring a sidelong suite and two Coleman originals, the two hornmen temper their outward tendencies by leaning back into their roots of blues and a raucous Pentecostal church gospel. — Washington Post, 28 Jan. 2022 See More

These example sentences are selected automatically from various online news sources to reflect current usage of the word 'temper.' Views expressed in the examples do not represent the opinion of Merriam-Webster or its editors. Send us feedback.

First Known Use of temper

14th century, in the meaning defined at sense 2c

History and Etymology for temper

Middle English tempren, temperen "to be mixed with, mix with, soften, moderate, regulate, tune," in part going back to Old English temprian "to mix with, moderate," borrowed from Latin temperāre "to exercise moderation, restrain oneself, moderate, bring to a proper strength or consistency by mixing, maintain in a state of balance," perhaps derivative of temper-, variant stem of tempor-, tempus "period of time"; in part borrowed from Anglo-French temprer, tremper, going back to Latin temperāre — more at tempo

The first known use of temper was before the 12th century 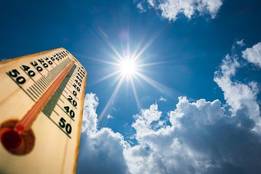 1 : characteristic state of feeling She has a very even temper.
2 : calmness of mind I lost my temper.
3 : a tendency to become angry Try to control your temper.
5 : the hardness or toughness of a substance (as metal)

Kids Definition of temper (Entry 2 of 2)

1 : to make less severe or extreme : soften Mountains temper the wind.
2 : to heat and cool a substance (as steel) until it is as hard, tough, or flexible as is wanted

More from Merriam-Webster on temper