1
: to make greater, more numerous, larger, or more intense
The impact of the report was augmented by its timing.
2
: supplement
She took a second job to augment her income.
3
grammar : to add an augment to (a verb form) (see augment entry 2)

grammar
: a vowel prefixed or a lengthening of the initial vowel to mark past time especially in Greek and Sanskrit verbs

Choose the Right Synonym for augment

his waistline increased with age

; used transitively it may imply simple not necessarily progressive addition.

enlarge implies expansion or extension that makes greater in size or capacity.

augment implies addition to what is already well grown or well developed.

the inheritance augmented his fortune

multiply implies increase in number by natural generation or by indefinite repetition of a process.

with each attempt the problems multiplied

Verb … a former member of Brunet's team, Jean-Renaud Boisserie of Berkeley, is in the Middle Awash seeking to augment the animal fossil record—particularly that of hippopotamuses. —

Rex Dalton, Nature, 5 Jan. 2006 These reserve units will soon be augmented by full-time Maritime Safety and Security Teams. The first of these teams was formed on July 3; a dozen more are supposed to be created within the next three years. —

David Helvarg, Popular Science, September 2002 The sale of its shares in such companies has helped augment its cash reserves from $1.7 billion to $2 billion. Call it a rainy-day fund—something that other dot-coms never had. But the move also suggests that even Yahoo has lost faith in the once boundless promise of Internet companies. —

Amy Bogan, Forbes, 26 Jan. 2023 David Autor, an economist at MIT who studies the impact of AI on labor, says it’s too early to say whether this new generation of AI technology will augment human work or replace it. —

Will Knight, WIRED, 16 Dec. 2022 Related: Morocco pulls off another World Cup upset, defeating Belgium 2-0 The Canadian Premier League, launched three years ago, will augment the talent pool just as MLS has done for the Americans. —

Phil Diehl, San Diego Union-Tribune, 2 Oct. 2022 During the past year, Constant Contact made two important product launches, one involving text messages, and the other for event marketing, to augment the core e-mail business. —

Arkansas Online, 23 Dec. 2022 To augment its own production, Novo contracted with a single manufacturer, Catalent Inc., to fill the drug into syringes. —

Denise Roland, WSJ, 4 Dec. 2022 It's not yet known whether NASA will buy two final IROSAs to augment all eight of the station's original blankets. —

Justin Ling, WIRED, 20 Dec. 2022 According to Tomasello, sounds were then added to augment and expand this language of gestures. —

Madelaine Böhme, Discover Magazine, 13 Nov. 2020 Coal fired power stations that also provide some electricity are unreliable due to aging infrastructure that constantly breaks down, while the country’s solar potential is yet to be fully developed to meaningfully augment supply. —

Farai Mutsaka, ajc, 28 Nov. 2022 Since the rollout of Twitter Blue appeared to augment uncertainty around the identity of users, the podcast hasn’t returned to the topic. —

Sarah Mcbride, BostonGlobe.com, 19 Nov. 2022 Tuned's #FillerNation explores the growing pressure to augment and enhance, thanks to beauty influencers on social media platforms like TikTok and YouTube. —

Pascal Bornet, Forbes, 4 Oct. 2022 Apple has increasingly relied on services to augment hardware sales in an environment in which device upgrades have become pricier and less frequent. —

Arkansas Online, 25 Oct. 2022 Apple has increasingly relied on services to augment hardware sales in an environment where device upgrades have become pricier and less frequent. —

These example sentences are selected automatically from various online news sources to reflect current usage of the word 'augment.' Views expressed in the examples do not represent the opinion of Merriam-Webster or its editors. Send us feedback.

Middle English, from Anglo-French augmenter, from Late Latin augmentare, from Latin augmentum increase, from augēre to increase — more at eke

1671, in the meaning defined above 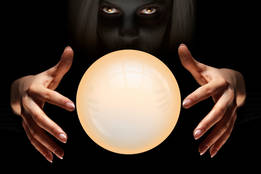 : to increase in size, amount, degree, or severity
diabetes mellitus is augmented by hyperthyroidism—

More from Merriam-Webster on augment