1 : an effort in speech to stress one syllable over adjacent syllables also : the stress thus given a syllable a word with the accent on the second syllable
2 : a distinctive manner of expression: such as
a : a way of speaking typical of a particular group of people and especially of the natives or residents of a region spoke with a Russian accent
b : an individual's distinctive or characteristic inflection, tone, or choice of words —usually used in plural
3 : rhythmically significant stress on the syllables of a verse usually at regular intervals
4a : a mark (such as ´, `, ˆ) used in writing or printing to indicate a specific sound value, stress, or pitch, to distinguish words otherwise identically spelled, or to indicate that an ordinarily mute vowel should be pronounced
b : an accented letter
5 music
a : greater stress given to one musical tone than to its neighbors
b : accent mark sense 2
6a : emphasis laid on a part of an artistic design or composition
b : an emphasized detail or area especially : a small detail in sharp contrast with its surroundings
c : a substance or object used for emphasis a plant used as a decorative accent
7 : a mark placed to the right of a letter or number and usually slightly above it: such as
a : a double prime
b : prime
8 : special concern or attention : emphasis an accent on youth
9 archaic : utterance entry 1

Definition of accent (Entry 2 of 2)

1 : to give special attention or prominence to (something) TV shows that accent youth : to make (something) more emphatic, noticeable, or distinct columns that accent the vertical lines of the building
2a : to pronounce (part of a word) with greater stress or force : stress Accent the second syllable of the word "before."
b : to mark with a written or printed accent
Other Words from accent Synonyms & Antonyms More Example Sentences Phrases Containing accent Learn More About accent

Other Words from accent

Examples of accent in a Sentence

Noun Regional accents are common in the U.S. She spoke with an American accent. The tourist had a foreign accent. He has a heavy southern accent. The word “before” has the accent on the last syllable. Put the accent on the first syllable of the word. The accents in the French word “émigré” show how the letter “e” should be pronounced. Verb the town's promotional literature accents its vital role in American history See More
Recent Examples on the Web: Noun Just a few months ago, Fear of the Dawn felt like a collection of sound effects with a beat, with White slipping into the occasional Middle Eastern accent or attempting a Chuck D. imitation. — David Browne, Rolling Stone, 20 July 2022 The accent that Taylor had originally referenced was Philip Seymour Hoffman’s in Cold Mountain. — Scott Feinberg, The Hollywood Reporter, 21 June 2022 Geometric decals along the side and on the grille accent the pure white exterior and play into the futurism still surrounding the concept of EVs. — Sasha Richie, Car and Driver, 16 June 2022 Nailing the perfect Belfast accent wasn't easy for New Zealand native Sam Neill. — Janaya Wecker, Town & Country, 10 June 2022 When paired with crisp white walls, the blue accent pays homage to the property’s seaside location. — Kelsey Mulvey, ELLE Decor, 3 May 2022 Sometimes, intriguingly, Beans steps apart from the play and addresses the audience, the accent slipping away to reveal a more natural, less strained voice. — Vinson Cunningham, The New Yorker, 2 May 2022 First of all, his difficulty in speaking the English language is fantastic…And the accent. — Zack Sharf, Variety, 25 Apr. 2022 Well, yes, the accent is definitely what got me at first. — Stephen Daw, Billboard, 22 Apr. 2022 Recent Examples on the Web: Verb Missing the perfect vintage rug to accent your home’s classic style? — Chicago Tribune Staff, Chicago Tribune, 2 June 2022 Brick on the exterior wall was used to accent the wall with the slider, and the slider and the windows near it were stained a blue/green color to match the rest of the house. — Joanne Kempinger Demski, Milwaukee Journal Sentinel, 10 Mar. 2022 Copper planters are a wonderful way to accent your outdoor space with a hint of shine, and this large planter will add just the right gleaming touch. — Rachel Klein, Popular Mechanics, 2 May 2022 The Stallion swept metallic gold across her eyelids to accent her head-to-toe golden look. — ELLE, 3 May 2022 Others may want accents, textiles, or ceramics to accent their spaces. — Elise Taylor, Vogue, 7 Apr. 2022 Modern versions range from elegant acrylic and glimmering black-tie-worthy styles to novelty designs that’ll boldly accent any outfit. — Laura Lajiness Kaupke, Vogue, 29 Mar. 2022 The home’s main living space has a stone fireplace and wood beams that accent the vaulted ceiling. — Dallas News, 18 Sep. 2021 With a bright eye serving as the face's anchor, O'Brien makes sure to accent the cheek with a similar shade without going over the top, and Estée Lauder Pure Color Envy Sculpting Blush in Peach Passion complements the electric eye shadow. — Maura Brannigan, Allure, 15 Mar. 2022 See More

These example sentences are selected automatically from various online news sources to reflect current usage of the word 'accent.' Views expressed in the examples do not represent the opinion of Merriam-Webster or its editors. Send us feedback.

First Known Use of accent

History and Etymology for accent

Middle English, "modulation of the voice," borrowed from Middle French & Latin; Middle French, "modulation of the voice, prominence in pitch on a given syllable," going back to Old French, borrowed from Latin accentus (loan translation of Greek prosōidía), from ad- ad- + cantus "song," action noun derivative of canere "to sing" — more at chant entry 1, prosody

Note: The word occurs in Old English as accent in the sense "accent mark" in Byrhtferth's Enchiridion, but there is no continuity between this and later uses.

borrowed from Middle French accenter "to pronounce with greater stress," in part derivative of accent accent entry 1, in part borrowed from Medieval Latin accentāre, variant of accentuāre — more at accentuate

The first known use of accent was before the 12th century 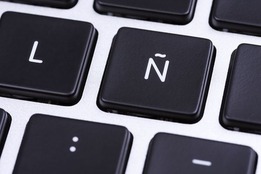 You know, the markings above and below letters.

1 : to give a greater force or stress
2 : to mark with a written or printed accent

Kids Definition of accent (Entry 2 of 2)

1 : a way of pronouncing words shared by the people of a particular country or region
2 : greater stress or force given to a syllable of a word in speaking or to a beat in music
3 : a mark (as ˈ or ˌ) used in writing or printing to show the place of greater stress on a syllable

More from Merriam-Webster on accent