These pairs have different meanings, but share the same source

What Is a Doublet? 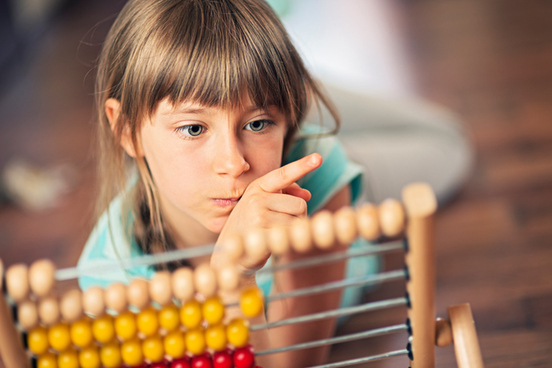 'Count' and 'compute' are different words with different meanings, but they both come from the Latin word 'computare' ("to calculate").

Doublets are words in a given language that go back to the same etymological source but look different because they arrived at their present state by different routes. For example, count and compute are doublets who share the common Latin root computare, meaning "to calculate." Count entered English in the 14th century as a borrowing of the Anglo-French word counter, which can be traced back to computare. On the other hand, compute was borrowed directly from Latin in the 17th century. Another set of doublets is dignity and dainty. Both words can be traced back to Latin dignitas, meaning "worth," and both arrived in English through Anglo-French, but they developed from different words. Dignity is from the Anglo-French word digneté, meaning "privilege" or "honor," and dainty is from Anglo-French deinté, meaning "pleasure."

The following is a small sampling of some interesting doublets in the English language. We hope to pique your interest in doublets and egg you on to find more—there are many to discover. 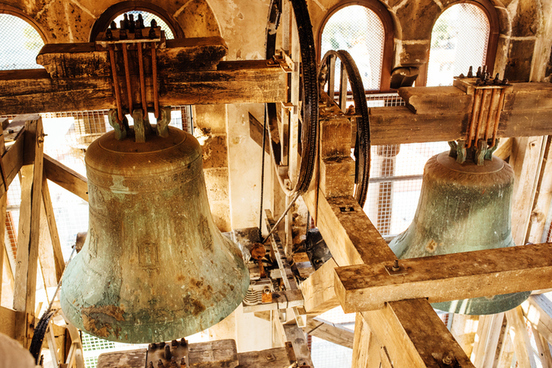 A bell underlies the origins of the doublets cloak and clock. Both ultimately derive from the Medieval Latin word clocca, meaning "bell," but struck English at different times and through different languages. Cloak entered English in the 13th century from Anglo-French. Its source is cloque, which in France was the name for a bell as well as a cape worn by horsemen and travelers. The garment was so named because of its bell-like shape around the body when worn.

Clock entered English a century after cloak by a Dutch route. In Dutch, clocke was the name for a bell in a church tower that chimed the passing hours. When the word was introduced to the English, they altered it to clock and applied it to a device for indicating the hour by the striking of a bell, and not to the bell itself. The word bell was already established in English as a word for a metallic sounding device so there was no use for another word for such a device. 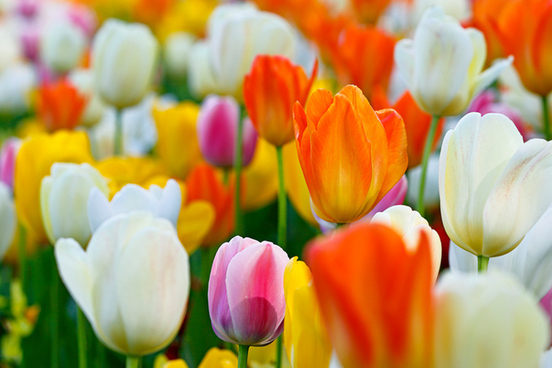 Tulips from Turkey were introduced to Western Europe in the 16th century. Interest in the flowers grew quickly, and by the 1630s prices for bulbs had risen dramatically. Large numbers of people were especially drawn to the money-making potential of the tulip market in Holland. This led to "Tulip Mania," a period of frenetic speculation that ended in a major crash of Holland's tulip market in 1637.

Despite the strong connection between tulips and Holland, the word tulip, like the flower itself, has Turkish origins. The word, which earlier in English appeared in such forms as tulipa or tulipant, comes to us by way of French tulipe and its obsolete form tulipan. The French words blossomed from Turkish tülbent, which is ultimately from Persian dulband, meaning "turban." The flower got its name from the resemblance of its petals to the overlapping folds of cloth in a turban. English turban also traces to the Turkish and Persian words, but it arrived in the language as a borrowing of Middle French turbant. Both doublets entered English in the 16th century. 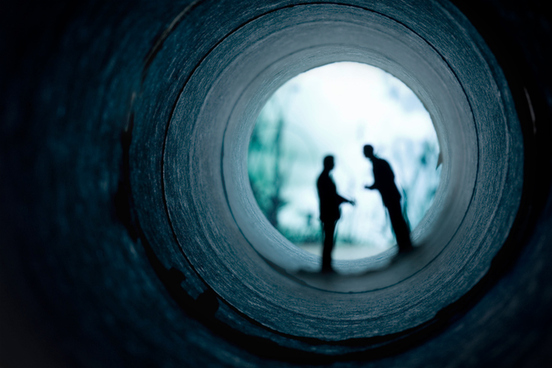 Treason and tradition derive from the same Latin source, traditio, which can mean "teaching" or "tradition." The "teaching" sense of traditio developed from a more literal sense of the word: "the act of handing over something." Thus tradition is maintained by passing information from one generation to another, whereas treason is committed when someone who has been entrusted with information passes it on to someone else.

The difference in form between the two words may be accounted for by reference to the fact that treason came to us through Anglo-French, where traditio underwent sound change, while tradition was later borrowed directly from Latin. Latin traditio comes ultimately from tradere, meaning "to hand over, deliver, betray," which is from trans-, tra-, meaning "across, beyond, through," plus -dere, from dare, "to give." Through related forms traditus and traditor, this verb is also the source of our modern word traitor. 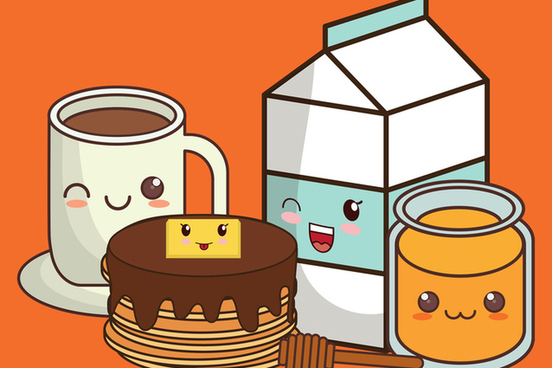 Having Italian cartone, meaning "pasteboard," as a common source, the words cartoon and carton are doublets. In the late 1600s, the Italian word was adopted into English as cartoon and referred to preliminary sketches of artistic works made on pasteboard. The English word was extended to comical drawings in newspapers and magazines during the mid-1800s.

The immediate source of English carton is French cartone, which was a borrowing of the Italian word. The word first occurs in English during the 19th-century for material used in making paper boxes and later to the boxes themselves. One of the early uses of a carton box was as a coffin:

The coffins ... were made of layers of papyrus, ... stuck together so as to form a thick carton, painted within and without with designs and religious emblems. These carton-cases were made to fit the swathed body.
— Sir John Pentland Mahaffy, Flinders Petrie Papyri, 1891 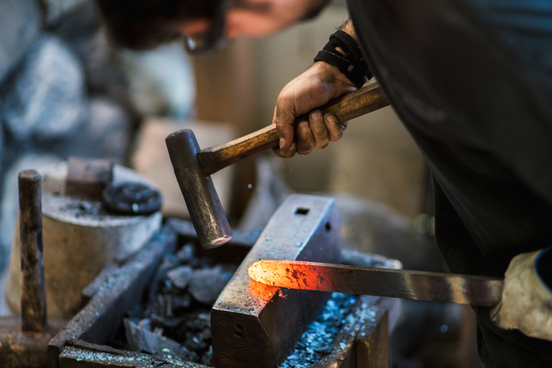 Metal and cloth are two very dissimilar things, yet forge and fabric are doublets by way of the Latin word fabrica, meaning "workshop." During the Middle Ages, the French took the Latin term and banged out forge as the name for the workshop of a smith (a worker in metals). In the 13th century, the English were introduced to the term and began applying it to the work, workmanship, and workshop of a smith.

About two centuries later, the English happened upon another French term forged from the same Latin root, fabrique, which the French used for buildings and structures. They adopted the word, and its meaning, as fabric. The "cloth" sense of the word was not manufactured until the 18th century. 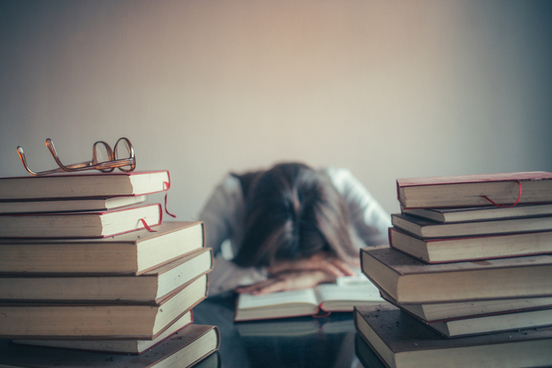 Both aptitude and attitude are related to Late Latin aptitudo, meaning "fitness." During the 15th century, the Latin word was borrowed into English as aptitude to refer to the tendency or inclination to learn or understand. In Italian, it became attitudine, meaning "aptitude" or "natural tendency." This was transmitted via French as attitude to English in the 17th century, when at first it was used as a technical term in art criticism to describe the posture of a sculptured or painted figure. By the early 18th century, attitude was also being used for the posture a person assumed for a specific purpose. The metaphorical sense "mental position with regard to something" developed in the early 19th century. 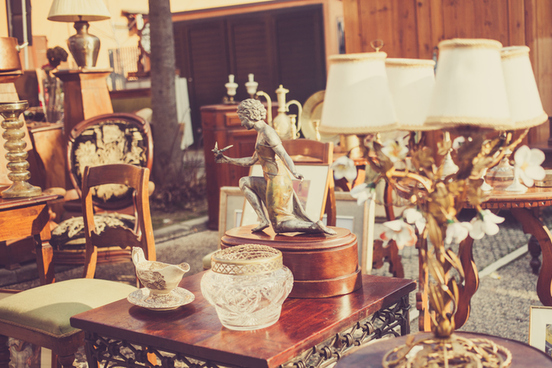 The origin of antic is rooted in ancient Rome. The Italian descendants of the Romans called the grotesques—the fantastic mural paintings found in the ruins of ancient Roman buildings—by reason of their age, antichi, which translates as "ancient things." In 16th-century English, such a painting was usually referred to as an antike or anticke, a form based on Italian antico, which itself is a descendant of the Latin word for "ancient," antiquus. Anti(c)ke eventually evolved into antic, which we use to describe the absurd or whimsical or to refer to playful or funny acts that draw our attention.

Another 16th-century arrival into English that is related to Latin antiquus is antique. In early use, both antique and antic were transcribed in the forms antic(e), antick(e), and antique. It was in the early 1700s that the French spelling antique began being used specifically for ancient things and the variations of antic for those that were grotesque or absurd. 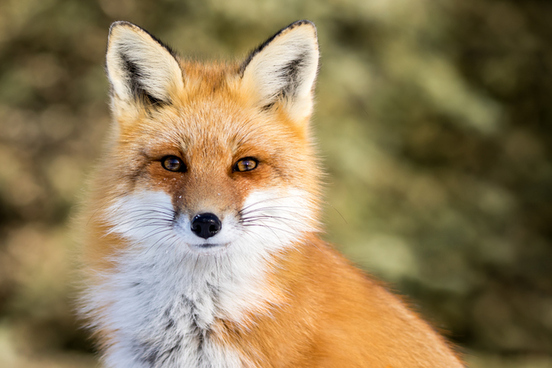 Can is a very old verb that originally meant "to know or understand," as shown by Chaucer in "The Miller's Tale": "I can a noble tale." Although that meaning of the word has fallen into disuse, traces of it can be found in cunning and canny.

Cunning is from the present participle of medieval can. In the 14th century, the word developed into an adjective to describe people who were knowledgeable or learned—for instance, "a connynge Clerke" might be spoken of.

The "know" sense of can was still being used in the 16th century, enough so that it influenced the coinage of another word, canny, which originated in Scottish and Northern English dialects with the meanings "prudent," "careful," and "shrewd." In the 19th century, the word was picked up by English and American writers who sniffily applied it to the Scots themselves, who they saw as malodorously cautious and shrewd.

A dreadful, canny, Scottish youth at the station endeavoured to defraud me by promising to give me change presently, taking my money, and handing me my ticket; and then, just as the train was coming in, and I asked for my change, telling me that he had none, and was not bound to give it.
— Matthew Arnold, letter, 17 Sept. 1866

The sprinkling of canny Scottish blood that flowed in Jackson's veins asserted itself on this occasion. Time was now an all-important object with him, since Humbert and his command could not yet have crossed the river, and Jackson's whole soul was bent to the regaining of the western bank.
— James Parton, Life of Andrew Jackson, 1861 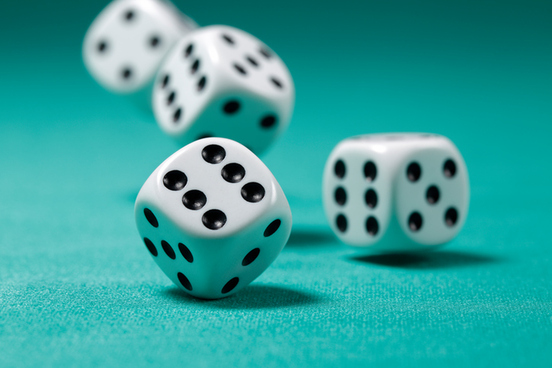 Latin cadere, meaning "to fall," gave us the doublets cadence and chance. From cadere itself, Vulgar Latin derived a noun cadentia, meaning literally "falling." The Italian correspondent of this word is cadenza, which developed the sense, via a metaphor of "falling off," denoting a musical conclusion. It was borrowed by English in this sense. French also borrowed the Italian word, modifying it to cadence, which the English also borrowed, in the sense of "rhythm" (in effect, a succession of metrical endings). But the French did not only borrow from Italian; they also developed its own native form of cadentia, first appearing in Old French as cheance, meaning "accident" or, from the image of falling dice, "luck, chance." English borrowed this word as chance. 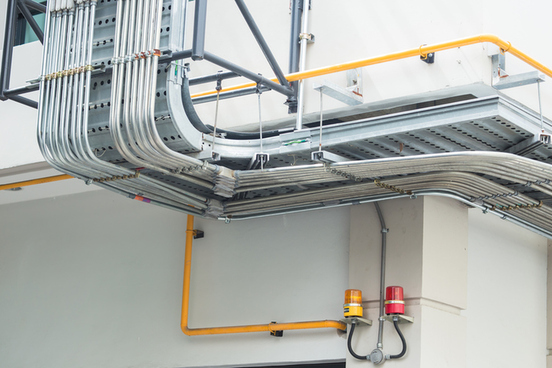 The French word conduit gave us two doublets, our modern conduit and conduct. In Anglo-French, the word had the various meanings of "escort," "guide," "pipe," and "passage" and was derived from the Latin verb conducere, meaning "to bring together."

In the 14th century, conduit was borrowed into English from Anglo-French with the meaning of "pipe" or "passage," giving us our modern senses of the word. A century later, conduit was again borrowed but with the meaning of "escort" or "guide." The French form of the word was retained in English in those senses and in later extended senses relating to guidance and direction until the 16th century, when the English word was refashioned after Latin as conduct.