as in contemporary
a person who lives at the same time or is about the same age as another somewhat surprisingly, Saint Patrick and Attila the Hun were coevals

How does the adjective coeval differ from other similar words?

Some common synonyms of coeval are coincident, contemporaneous, contemporary, simultaneous, and synchronous. While all these words mean "existing or occurring at the same time," coeval refers usually to periods, ages, eras, eons.

two stars thought to be coeval

In what contexts can coincident take the place of coeval?

While the synonyms coincident and coeval are close in meaning, coincident is applied to events and may be used in order to avoid implication of causal relationship.

When can contemporaneous be used instead of coeval?

contemporaneous accounts of the kidnapping

When could contemporary be used to replace coeval?

The meanings of contemporary and coeval largely overlap; however, contemporary is likely to apply to people and what relates to them.

When would simultaneous be a good substitute for coeval?

In some situations, the words simultaneous and coeval are roughly equivalent. However, simultaneous implies correspondence in a moment of time.

the two shots were simultaneous

Where would synchronous be a reasonable alternative to coeval?

The words synchronous and coeval can be used in similar contexts, but synchronous implies exact correspondence in time and especially in periodic intervals. 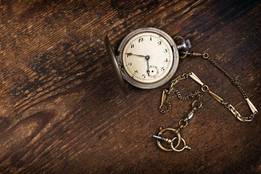 Spelling variants are fossils of language