\ : to vest ownership of a freehold estate in
b often seise : to put in possession of something the biographer will be seized of all pertinent papers
2a : to take possession of : confiscate
b : to take possession of by legal process
3a : to possess or take by force : capture
b : to take prisoner : arrest
4a : to take hold of : clutch
b : to possess oneself of : grasp
c : to understand fully and distinctly : apprehend
5a : to attack or overwhelm physically : afflict seized with chest pains
b : to possess (someone's thoughts, mind, etc.) completely or overwhelmingly seized the popular imagination— Basil Davenport
6 : to bind or fasten together with a lashing of small stuff (such as yarn, marline, or fine wire)

1 : to take or lay hold suddenly or forcibly
2a : to cohere to a relatively moving part through excessive pressure, temperature, or friction —used especially of machine parts (such as bearings, brakes, or pistons)
b : to fail to operate due to the seizing of a part —used of an engine
Other Words from seize Synonyms & Antonyms Choose the Right Synonym More Example Sentences Phrases Containing seize Learn More About seize

Other Words from seize

Choose the Right Synonym for seize

take, seize, grasp, clutch, snatch, grab mean to get hold of by or as if by catching up with the hand. take is a general term applicable to any manner of getting something into one's possession or control. take some salad from the bowl seize implies a sudden and forcible movement in getting hold of something tangible or an apprehending of something fleeting or elusive when intangible. seized the suspect grasp stresses a laying hold so as to have firmly in possession. grasp the handle and pull clutch suggests avidity or anxiety in seizing or grasping and may imply less success in holding. clutching her purse snatch suggests more suddenness or quickness but less force than seize. snatched a doughnut and ran grab implies more roughness or rudeness than snatch. grabbed roughly by the arm

Examples of seize in a Sentence

These example sentences are selected automatically from various online news sources to reflect current usage of the word 'seize.' Views expressed in the examples do not represent the opinion of Merriam-Webster or its editors. Send us feedback.

First Known Use of seize

History and Etymology for seize

The first known use of seize was in the 14th century 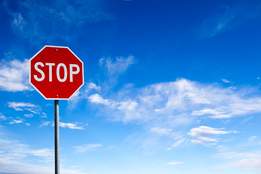 'Cease' vs. 'Seize': Explaining the Difference

A cease and desist on confusion between them.

1 : to take possession of by or as if by force Invaders seized the castle. He seized the lead.
2 : to take hold of suddenly or with force … Balin was just in time to seize the boat before it floated off …— J. R. R. Tolkien, The Hobbit
3 : to take or use eagerly or quickly She seized the opportunity to go.

1 or seise : to put in possession of property or vest with the right of possession or succession stand seized of land
2 : to take possession or custody of (property) especially by lawful authority seize drugs as evidence the entry of a preliminary order of forfeiture authorizes the Attorney General…to seize the specific property subject to forfeiture — Federal Rules of Criminal Procedure Rule 32.2(b)(3) can seize the goods subject to his security interest and…keep them in satisfaction of the debt— J. J. White and R. S. Summers — compare foreclose, repossess
3 : to detain (a person) in such circumstances as would lead a reasonable person to believe that he or she was not free to leave determined that the defendant was seized when surrounded by police officers

Other Words from seize

More from Merriam-Webster on seize