1 : one that sounds especially by ringing
2a(1) : one that enters a competition under false representations
(2) : imposter, fake
b : one that strongly resembles another —often used with dead he's a dead ringer for the senator

Definition of ringer (Entry 2 of 2)

: one that encircles or puts a ring around (such as a quoit or horseshoe that lodges so as to surround the peg)

First Known Use of ringer

The first known use of ringer was in the 13th century 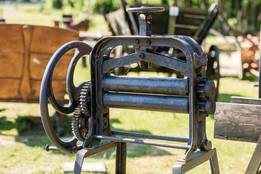 More from Merriam-Webster on ringer

Thesaurus: All synonyms and antonyms for ringer