: to make the characteristic cry of a duck

: a noise made by quacking

1
: charlatan sense 2
Religious quacks on radio and television thinking up new ways to take money from ignorant listeners and incidentally from legitimate churches.—

Andrew A. Rooney
2
: an ignorant, misinformed, or dishonest practitioner of medicine
No doubt these misunderstandings and dashed hopes have driven many cancer patients and their families into the arms of quacks.—

: of, relating to, or used by quacks
quack cancer cures

alteration of queck to quack, from Middle English queken, from queke, interjection, of imitative origin

1798, in the meaning defined above

1628, in the meaning defined above

1653, in the meaning defined above 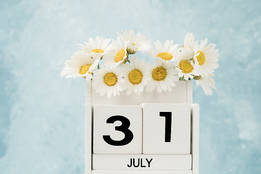 : the cry of a duck
also : a sound resembling this cry

3 of 4 noun
: a person who makes false claims to special knowledge or ability
especially : one who pretends to have medical skill

4 of 4 adjective
: of, relating to, or used by a person who is a quack
quack medicines

: a pretender to medical skill : an ignorant or dishonest practitioner
quackish
-ish

2 of 2 adjective
: of, relating to, characteristic of, or being a quack
scores of quack remedies for arthritis—

More from Merriam-Webster on quack