ˈkwesh-
1
a(1)
: an interrogative expression often used to test knowledge
(2)
: an interrogative sentence or clause
b
: a subject or aspect in dispute or open for discussion : issue
broadly : problem, matter
c(1)
: a subject or point of debate or a proposition to be voted on in a meeting
(2)
: the bringing of such to a vote
d
: the specific point at issue
2
a
: an act or instance of asking : inquiry
b
: interrogation
also : a judicial or official investigation
c
: torture as part of an examination
d(1)
: objection, dispute
true beyond question
(2)
: room for doubt or objection
little question of his skill
(3)
: chance, possibility
no question of escape

1
: to ask a question of or about
2
: to interrogate intensively : cross-examine
3
a
: doubt, dispute
b
: to subject to analysis : examine

Choose the Right Synonym for question

ask implies no more than the putting of a question.

question usually suggests the asking of series of questions.

questioned them about every detail of the trip

the prosecutor interrogated the witness all day

query implies a desire for authoritative information or confirmation.

queried a librarian about the book

inquire implies a searching for facts or for truth often specifically by asking questions.

Noun Can I ask you a personal question? I don't understand the question. Are there any more questions? In answer to your question, our next meeting will be on Friday. The essay questions on the test were easy. There are 10 multiple-choice questions on the exam. The exam included several questions on current events. The question arose as to who would be responsible for caring for our grandmother. I expected him to ask where I worked, but the question never came up. The key question in solving the mystery is, how did the murderer enter the house? Verb The reporter questioned her at length on her life as the First Lady. The witness was questioned by the defense. I could tell that she was questioning my decision. He began to question his ability to do the job. I trusted him and I never questioned what he told me. The lawyer questioned the truth of the witness's statement. He began to question whether the things she had said were really true. See More
Recent Examples on the Web
Noun
To help shed some light on the question (and take some human subjectivity out of the equation), University of Queensland paleontologist Anthony Romilio recruited artificial intelligence to help scientists decipher these ancient tracks.

Darren Orf, Popular Mechanics, 18 Nov. 2022 The reason Houston doesn’t is really because Houston residents have been able to vote on the question – three times so far, to be exact.

Henry Gass, The Christian Science Monitor, 17 Nov. 2022 Missouri strikes us as having the stronger case on the question of standing.

The Editorial Board, WSJ, 14 Nov. 2022 And on this next question, my email box keeps filling up with it.

Laura Johnston, cleveland, 14 Nov. 2022 In the lead-up to China’s Communist Party Congress last month, watercooler chatter in many offices here focused on a single question: Will the Congress abandon its zero-Covid policy?

Matthew Bossons, CNN, 14 Nov. 2022 In early August, the Assembly OK’d $40,000 toward a survey of Juneau residents on the question of whether the city should consider removing the sales tax on food.

Clarise Larson, Anchorage Daily News, 13 Nov. 2022 Voters in four states have approved ballot measures that will change their state constitutions to prohibit slavery and involuntary servitude as punishment for crime, while those in a fifth state rejected a flawed version on the question.

Aaron Morrison, BostonGlobe.com, 9 Nov. 2022 Benton meant that Soto did not seek an emergency injunction to stop a vote on the ballot question.

Ian Morris, Rolling Stone, 4 Nov. 2022 Last month, a district court judge said prosecutors could not question Graham about portions of his calls that were legislative fact-finding.

The Indianapolis Star, 24 Oct. 2022 And what’s worse, the Evers and the teachers at the School for Good don’t question it.

Olivia Truffaut-wong, refinery29.com, 20 Oct. 2022 Some Americans don’t question the country’s pandemic status but have lost faith in the shots, which were initially touted by public health officials as a one-time jab that would put an end to the pandemic, Mokdad says.

Erin Prater, Fortune, 9 Oct. 2022 Ashkan Salamat, a physicist at the University of Nevada, Las Vegas, and another senior member of the collaboration, points out the retraction does not question the drop in electric resistance—the most important part of any superconductivity claim.

These example sentences are selected automatically from various online news sources to reflect current usage of the word 'question.' Views expressed in the examples do not represent the opinion of Merriam-Webster or its editors. Send us feedback.

Middle English, from Anglo-French, from Latin quaestion-, quaestio, from quaerere to seek, ask 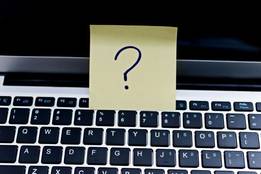 To Use or Not Use the "?" in Requests

"Would you read this, please." (Wait, where's the question mark?)

ˈkwesh-
1
a
: something asked
try to make your questions brief
b
: a topic to be talked or argued about
arms control and other questions of the day
c
: a suggestion to be voted on
put the question to the members
2
a
: an act or instance of asking : inquiry
b
: objection sense 1
obey without question
c
: possibility sense 1
no question of escape

1
: to ask questions of or about
2
: to doubt the correctness of
question the decision of the judges
3
: to look at or consider carefully : examine
questioner noun
questioningly
-chə-niŋ-lē
adverb

ques·​tion
1
: a particular query directed to a witness compare interrogatory
— hypothetical question \ ˌhī-​pə-​ˈthe-​ti-​kəl-​ \
: a question directed to an expert witness (as a physician) that is based on the existence of facts offered in evidence and the answer to which is an opinion to be considered in light of the evidence

Note: Modern rules of evidence have lessened the need for a hypothetical question setting forth all of the facts to be assumed in answering the question. An expert witness may state an opinion based on data or facts considered reliable in his or her field even if not already disclosed or not admissible as evidence.

— leading question
: a question so framed or presented as to suggest a particular answer leading questions should not be used on the direct examination of a witness except as may be necessary to develop the witness' testimony

Note: Leading questions are permitted in cross-examination and in direct examination of an adverse witness or one who is a child or has a communication disorder.

2
: a particular matter or issue that is in dispute, uncertain, or to be inquired into
— certified question
: a question of state law that may determine the outcome of a case pending in a federal court and that is submitted by the federal court to the state's highest court when there is no controlling state precedent
: a question of law submitted to a federal or state court by a lower court or tribunal
— federal question
: a question that falls under the jurisdiction of a federal court because it requires a resolution of the construction or application of federal law see also federal question jurisdiction at jurisdiction
— political question
: a question that the court declines to consider because it involves a political matter that is not justiciable without infringing on the powers of the executive or legislative branch or is not accompanied by guiding policy or discoverable and manageable standards for resolving it see also political question doctrine
— question of fact
: a question that depends on an examination of factual matters, is usually decided by a jury, and is usually not considered on appeal
— question of law
: a question that depends on an examination of law rather than fact, is decided by a judge rather than by a jury, and may be examined on appeal
3
: a proposition submitted to a vote (as in a referendum)

More from Merriam-Webster on question