1a : to press against with force in order to drive or impel
b : to move or endeavor to move away or ahead by steady pressure without striking
2a : to thrust forward, downward, or outward
b : to cause to increase : raise push prices to record levels
c : to try to move beyond or expand push one's limits
d : to hit (a ball) toward the right from a right-handed swing or toward the left from a left-handed swing — compare pull
3a : to press or urge forward to completion
b : to urge or press the advancement, adoption, or practice of pushed a bill in the legislature especially : to make aggressive efforts to sell we're pushing ham this week
c : to engage in the illicit sale of (narcotics)
4 : to bear hard upon so as to involve in difficulty poverty pushed them to the breaking point
5 : to approach in age or number grandmother must be pushing 75

1 : to press against something with steady force in or as if in order to impel
2 : to press forward energetically against opposition
3 : to exert oneself continuously, vigorously, or obtrusively to gain an end pushing for higher wages
push one's luck
: to take an increasing risk

1 : a vigorous effort to attain an end : drive:
a : a military assault or offensive
b : an advance that overcomes obstacles
c : a campaign to promote a product
2 : a time for action : emergency
3a : an act of pushing : shove
b(1) : a physical force steadily applied in a direction away from the body exerting it
(2) : a nonphysical pressure : influence, urge
c : vigorous enterprise or energy
4a : an exertion of influence to promote another's interests
b : stimulation to activity : impetus
push comes to shove
: a decisive moment comes backed down when push came to shove

Examples of push in a Sentence

Verb Do you want to push the shopping cart? He slowly pushed the door open. She pushed back her chair and stood up. She pushed him aside and marched into the boss's office. He pushed her out of the way. He pushed me into the table. He was pushed off the sidewalk into the street. She pushed her wet hair back from her face. The bulldozer pushed the rubble over the edge of the pit. No matter how hard I pushed, I couldn't move the boulder. Noun an unprecedented push to pass stronger gun control measures
See More

Recent Examples on the Web: Verb Ever forget about the presence of holly leaves when raking the yard and push your hand down into the leaf bag to fit in a few more scoops? — Paul Cappiello, The Courier-Journal, 4 Dec. 2021 The six-time all-star helped Toronto when its first championship in 2018-19 before joining the Heat this past summer, and his presence could push Miami into the upper echelon of the Eastern Conference. — James Boyd, The Indianapolis Star, 4 Dec. 2021 Biden announced that his administration would push for insurance companies to reimburse Americans for rapid at-home tests, something that health leaders have been clamoring for more access to. — Washington Post, 3 Dec. 2021 Players will be watched closely by the new head coach, who is likely to bring in players from the transfer portal that fit his system and that could push the current players a little harder to impress in hopes of playing time. — Adam Burke Vsin, Los Angeles Times, 3 Dec. 2021 The idea was that terminating the federal benefits would push people to return to the workforce. — Tami Luhby, CNN, 3 Dec. 2021 The high number of new daily cases comes as Illinois prepares for the new omicron variant, first reported last week in southern Africa, and as state and federal officials push people to get COVID-19 vaccine booster shots. — Joe Mahr, chicagotribune.com, 3 Dec. 2021 Nonproliferation experts fear any brinkmanship could push Tehran toward even more extreme measures to try to force the West to lift sanctions. — Fox News, 1 Dec. 2021 The nautical-themed model is based on the Sport trim but includes several upscale touches that push its price over the $34,000 mark. — Drew Dorian, Car and Driver, 30 Nov. 2021 Recent Examples on the Web: Noun In the months that followed, China embarked on a monumental push to expand the sport and develop an Olympics-worthy men's ice hockey team by building ice rinks, promoting youth leagues, and hiring top foreign coaches. — Yvonne Lau, Fortune, 4 Dec. 2021 More recently, residents in Owensville, another Clermont County village, launched a push to dissolve in response to climbing tax rates. — Robert Higgs, cleveland, 4 Dec. 2021 Unlike back then, Omicron has so far not brought a push to impose lockdowns or sweeping restrictions on everyday life. — New York Times, 3 Dec. 2021 In recent days, Prime Minister Boris Johnson’s rather loose approach to COVID-19 has tightened, with new requirements for masks and a fresh push for boosters after the arrival of the omicron variant. — Rick Green, courant.com, 2 Dec. 2021 That’s because pushing moves, like push-ups and presses, engage the frontside of your upper-half (think chest and shoulders). — Jenny Mccoy, SELF, 27 Nov. 2021 For instance, airlines including American and Southwest send push notifications when your flight starts boarding. — Shanti Lerner, The Arizona Republic, 19 Nov. 2021 That means emails or essays could soon, potentially, be push-button affairs. — Washington Post, 17 Nov. 2021 In Morton Grove, the village expects the push tax will generate between $35,000 and $70,000 per year, according to a memo shared with the Village Board. — Jennifer Johnson, chicagotribune.com, 16 Nov. 2021

These example sentences are selected automatically from various online news sources to reflect current usage of the word 'push.' Views expressed in the examples do not represent the opinion of Merriam-Webster or its editors. Send us feedback.

First Known Use of push

History and Etymology for push

The first known use of push was in the 13th century 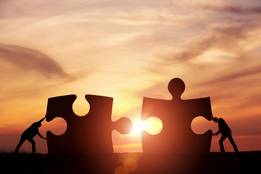 give (someone) the push

: to use force to move (someone or something) forward or away from you
: to go forward while using your hands, arms etc., to forcefully move people or things that are blocking you
: to force or try to force or persuade (someone) to do something

: an act of pushing something or someone
: a large, organized military attack
: a strong, continuous effort to get or achieve something

1 : to press against with force so as to drive or move away He helped push a car out of the snow.
2 : to force forward, downward, or outward The tree is pushing its roots deep in the soil.
3 : to go or make go ahead I had to push to finish the swim.
4 : to pressure to do something or work hard at something The teacher pushed her students to succeed.

Kids Definition of push (Entry 2 of 2)

1 : a sudden thrust : shove Pa gave the rotten tree a push and it fell over.
2 : a steady applying of force in a direction away from the body from which it comes We gave the car a push up the hill.

More from Merriam-Webster on push