1 : to attack by surprise from a hidden place : waylay Our troops ambushed the enemy units. … his caravan that season had been ambushed and shot at twice on the way down …— Rudyard Kipling
2 : to station in ambush (see ambush entry 2 sense 2) Mr and Mrs Fyne ambushed at their window—a most incredible occupation for people of their kind—saw with renewed anxiety a cab come to the door.— Joseph Conrad

Definition of ambush (Entry 2 of 2)

1 : a trap in which one or more concealed attackers lie in wait to attack by surprise soldiers caught in an ambush Suddenly a shout comes down the line: "Contact front!" It's an ambush, with gunmen on both sides of the road.— Lev Grossman … it is plain he must have been as stupid with weariness as myself, and looked as little where we were going, or we should not have walked into an ambush like blind men.— Robert Louis Stevenson
2 : the concealed position from which a surprise attack is made a group of soldiers lying in ambush … tanks alone are vulnerable to opposing infantry with antitank weapons, particularly at night when the infantry can more easily wait in ambush or approach unseen.— Neil Sheehan also : an individual or group concealed for a surprise attack All was then dead silence; for, loquacious as he was on other occasions, Captain Dalgetty knew well the necessity of an ambush keeping itself under covert. — Robert Burns
3 : the act of approaching or confronting someone with something unexpected —often used before another noun ambush journalism… did not return calls or e-mails and was hostile when a television crew conducted an ambush interview several years ago.— Neely Tucker
Other Words from ambush Synonyms More Example Sentences Phrases Containing ambush Learn More About ambush

Other Words from ambush

Examples of ambush in a Sentence

These example sentences are selected automatically from various online news sources to reflect current usage of the word 'ambush.' Views expressed in the examples do not represent the opinion of Merriam-Webster or its editors. Send us feedback.

First Known Use of ambush

History and Etymology for ambush

Note: Forms with initial am- instead of em-, which first appear in the noun in the sixteenth century and the verb in the seventeenth century, are of uncertain origin. Given the earlier use in nouns, their appearance may be a by-product of shift of stress to the initial syllable. The suggestion in the Oxford English Dictionary, third edition, that the change is due to association with ambage, does not seem very likely. — The meaning "forest, grove" attached to *būska-, whence the Picard masculine noun bus, busc, receded early before a Gallo-Romance derivative *buska, a re-formation of the Germanic etymon as a neuter collective plural noun, taken as feminine, whence Old French busche "piece of firewood," French bûche. This new formation, also with results in Occitan and Upper Italian dialects, represents a sense shift from "bush, thicket" to "wood collected for a fire" to "split piece of wood, splinter." For a detailed discussion of Romance and Germanic outcomes of būska- see Johannes Hubschmied, "Romanisch-germanische Wortprobleme I. Zur Geschichte von bois, bûche (mit Berücksichtigung der Ortsnamen)," Vox Romanica, Band 29 (1970), pp. 114-16. Within the framework of Germanic and Indo-European ablaut patterns as now understood, a lengthened grade *būska- is questionable, and one might have to appeal to variation of expressive vocabulary within Germanic. Hubschmid, however, works within J. Pokorny's framework, where an Indo-European root with a very general meaning and form, *beu-, *bheu-, *bheuə- "to swell," is subject to an indefinite number of ablaut variants and root extensions.

earlier enbusshe, borrowed from Middle French embusche, embusque, noun derivative of embuschier "to place (in the woods) in order to attack by surprise" — more at ambush entry 1

Note: For the initial am- in place of em- see note at ambush entry 1

The first known use of ambush was in the 14th century 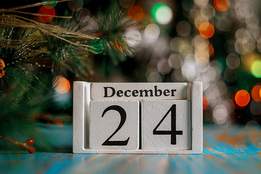 Merriam-Webster's Words of the Week - Dec. 24

The words that defined the week ending December 24th, 2021

: to attack by surprise from a hidden place

Kids Definition of ambush (Entry 2 of 2)

More from Merriam-Webster on ambush