1
: a representative specimen (see specimen sense 1) : sample
musters of goods for sale
2
a
: an act of assembling
specifically : formal military inspection
Call out the troops to stand muster.
b
: critical examination
slipshod work that would never pass muster
c
: an assembled group : collection
a muster of biographical facts—

Time
d
: inventory
were sent … to take the musters of this expedition—

1
a
: to cause to gather : convene
b
: to enroll formally —usually used with in or into
was mustered into the army
c
: to call the roll of
2
a
: to bring together : collect
b
: to call forth : rouse
3
: to amount to : comprise

: to come together : congregate

Choose the Right Synonym for muster

summon implies the exercise of authority.

was summoned to answer charges

call may be used less formally for summon.

called the legislature into special session

cite implies a summoning to court usually to answer a charge.

convoke implies a summons to assemble for deliberative or legislative purposes.

muster suggests a calling up of a number of things that form a group in order that they may be exhibited, displayed, or utilized as a whole.

Noun a muster of concerned citizens considering the muster of suggestions that were submitted for “word of the year” Verb They pushed the car with all the strength they could muster. a command to muster the troops
Recent Examples on the Web
Noun
McGrath is either trying in vain to squeeze tears from his eyes, yelling out speeches that wouldn’t pass muster on an afterschool special, or staring creepily at the camera. —

Odie Henderson, BostonGlobe.com, 19 Jan. 2023 Ultimately, 75 of the 100 cities included in the report did not pass muster, requiring more than 30 percent of income to afford a home. —

Fox News, 10 Dec. 2022 Supporters of the compact have countered that because the bets are processed on a server on tribal lands, the wagers placed on cell phone apps would meet legal muster. —

Jason Frakes, The Courier-Journal, 16 July 2021 The emails, obtained by the Heritage Foundation’s Oversight Project and provided to Fox News, show communications between DHS officials in the wake of a visit by Mayorkas to a morning muster of Border Patrol in Yuma, Arizona. —

Fox News, 15 Nov. 2022 The Party of Regions won the parliamentary elections in 2006, and four years later Yanukovych reclaimed the presidency in elections that passed international muster. —

Jim Rutenberg, New York Times, 2 Nov. 2022
Verb
The Beavers were unable to muster enough offense and defensive stops during the final six minutes to make up the deficit. —

oregonlive, 13 Jan. 2023 Republicans flailed through a second day of multiple balloting, unable to muster the votes to elect McCarthy as the speaker or come up with a new strategy to end the chaos. —

Dallas News, 4 Jan. 2023 But over the long term, the only real solution is for humanity to muster the political and technological will to stop polluting the atmosphere. —

Sam Whiting, San Francisco Chronicle, 15 Jan. 2023 Russia was pushing tens of thousands of troops across the border, and had many more tanks, missiles, and aircraft than Ukraine could muster. —

Ned Temko, The Christian Science Monitor, 12 Jan. 2023 House Republican Leader Kevin McCarthy will try again Friday to muster a majority on the floor to win the race for speaker after falling short in 11 rounds of voting over three days this week. —

Kathryn Watson, Stefan Becket, Caroline Linton, CBS News, 6 Jan. 2023 How is a person supposed to muster the energy and enthusiasm for a party when faced with all the immediate concerns presented by hardship? —

These example sentences are selected automatically from various online news sources to reflect current usage of the word 'muster.' Views expressed in the examples do not represent the opinion of Merriam-Webster or its editors. Send us feedback. 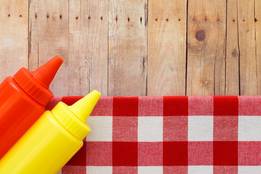 One gets cut. The other gets passed.

mustered; mustering
-t(ə-)riŋ
1
a
: to enroll formally
was mustered into the army
b
: to assemble (as troops) for roll call or inspection
2
: to stir up or bring to action
all the strength I could muster

2 of 2 noun
1
a
: an act of assembling
especially : a formal military inspection or drill
b
: an assembled group : collection
2
: critical examination
work that did not pass muster

More from Merriam-Webster on muster