1
a
: a subject under consideration
Several other matters will come before the committee.
b
: a subject of disagreement or litigation
The matter in dispute is basically trivial.
c
matters plural : the events or circumstances of a particular situation
planned to discuss matters with her husband soon
d
: the subject or substance of a discourse or writing
A graceful style was not enough to hide a paucity of matter.
e
: something of an indicated kind or having to do with an indicated field or situation
this is a serious matter
as a matter of policy
matters of faith
f
: something to be proved in law
g
obsolete : sensible or serious material as distinguished from nonsense or drollery
h(1)
obsolete : reason, cause
(2)
: a source especially of feeling or emotion
i
: problem, difficulty
What's the matter?
2
a
: the substance of which a physical object is composed
b
: material substance that occupies space, has mass, and is composed predominantly of atoms consisting of protons, neutrons, and electrons, that constitutes the observable universe, and that is interconvertible with energy
c
: a material substance of a particular kind or for a particular purpose
vegetable matter
d(1)
: material (such as feces or urine) discharged from the living body
(2)
: material discharged by suppuration : pus
3
a
: the indeterminate subject of reality
especially : the element in the universe that undergoes formation and alteration
b
: the formless substratum of all things which exists only potentially and upon which form acts to produce realities
4
: a more or less definite amount or quantity
cooks in a matter of minutes
5
: something written or printed
matter suitable for photocomposition
6
: mail entry 1
first-class matter
7
Christian Science : the illusion that the objects perceived by the physical senses have the reality of substance

1
: to form or discharge pus : suppurate
mattering wound
2
: to be of importance : signify
Phrases
as a matter of fact
: in fact : actually
for that matter
: so far as that is concerned
no matter
: without regard to : irrespective of
points in the same direction no matter how it is tilted
no matter what
: regardless of the costs, consequences, or results
wants to win, no matter what
the matter
: wrong
nothing's the matter with me

Noun He has a few personal matters to deal with. Disagreement is one thing, but accusations of lying are a different matter altogether! Can matter and energy be changed into each other? Verb It may not matter to you, but it matters a lot to me! “Why are you being so quiet?” “Does it matter?” “Of course it matters!”
Recent Examples on the Web
Noun
The House committee investigating the Jan. 6 attack on the U.S. Capitol interviewed former Secret Service agent Tony Ornato on Tuesday about Donald Trump's actions on the day of the insurrection, according to a person familiar with the matter.

Jacob Carpenter, Fortune, 29 Nov. 2022 Apple spends well over $100 million to advertise on the social network annually, according to Bloomberg News, which cited people familiar with the matter.

Kate Gibson, CBS News, 29 Nov. 2022 Apple was consistently one of the top advertisers on the social network, which had an entire team of employees dedicated to helping maintain the relationship, according to people familiar with the matter.

Time, 29 Nov. 2022 Industry veterans said that in terms of cost, factors like property acquisition, permitting and engineering work, and the sheer complexity of digging through rock or soil matter far more than tunneling speed.

Ted Mann And Julie Bykowicz, WSJ, 28 Nov. 2022 The exits will involve layoffs of several hundred out of a workforce of thousands, leaving Amazon relying on its core offerings such as online retail in the country, according to a person familiar with the matter.

BostonGlobe.com, 28 Nov. 2022 Anderson Lee Aldrich related to this weekend’s shooting in Colorado Springs, or any other matter in Colorado.

Josh Margolin, ABC News, 22 Nov. 2022 The soaring number of catalytic converter thefts from vehicles has become an increasing matter of concern in Oregon, and throughout the country.

oregonlive, 20 Nov. 2022
Verb
None of the villagers even knew the last names of the six men who had been killed, execution-style, and then buried here, but that didn’t matter.

Jeffrey Gettleman Finbarr O’reilly, New York Times, 29 Nov. 2022 But for all practical purposes, that difference may not matter.

Katie Arnold-ratliff, SELF, 29 Nov. 2022 None of that will matter, though, if the Buckeyes go a second straight year without winning the game that matters most.

Dan Wolken, USA TODAY, 25 Nov. 2022 What other people say outside of this program doesn’t matter.

Stephen Means, cleveland, 23 Nov. 2022 But none of it will matter if the Patriots don’t finish the season strongly.

Ben Volin, BostonGlobe.com, 22 Nov. 2022 But the fact that Yale is more focused on training people to think deep thoughts about the law, or ignore it entirely, doesn’t matter much for its ranking, because the job placement statistic only counts for 4 percent of its score.

Kevin Carey, The New Republic, 22 Nov. 2022 Does that really matter, given all that the symphony and Price represent?

These example sentences are selected automatically from various online news sources to reflect current usage of the word 'matter.' Views expressed in the examples do not represent the opinion of Merriam-Webster or its editors. Send us feedback. 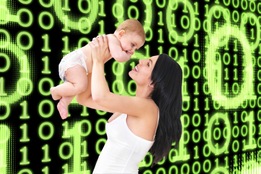 1
a
: a subject of interest or concern
a matter of dispute
b
: something to be dealt with : affair
personal matters to take care of
2
a
: the substance of which a physical object is composed
especially : the material substance that occupies space, has mass, and makes up the observable universe
b
: material substance of a particular kind or function
vegetable matter
c
: pus
3
: a more or less definite amount or quantity
cooks in a matter of minutes
4
: something written or printed
5
: mail entry 1 sense 1
first-class matter

1
: material (as feces or urine) discharged or for discharge from the living body
an obstruction interfering with passage of matter from the intestine
2
: material discharged by suppuration : pus

noun
mat·​ter
1
: a subject of consideration, disagreement, or litigation: as
a
: a legal case, dispute, or issue
a matter within the court's jurisdiction
—often used in titles of legal proceedings
matter of Doe
see also in re
b
: one or more facts, claims, or rights examined, disputed, asserted, proven, or determined by legal process
— matter in controversy
: matter sense 1

National Law Journal
— matter of record
: a matter (as a fact) entered on the record of a court or other official body the security interest was a matter of record
— matter of substance
: a matter concerning the merits of a case rather than form or relatively inessential details
2
: written, printed, or postal material
obscene matter

More from Merriam-Webster on matter