1 : a usually recurring salient thematic element (as in the arts) especially : a dominant idea or central theme Ms. Cisneros doesn't present too many nice guys here, and the perfidy of men is a motif in several of the stories. — Bebe Moore Campbell
2 : a single or repeated design or color a decorative motif Animals and flowers as well as trees decorate sixteenth- and seventeenth-century Chinese panels, and each motif had its own meaning.— Nancy Berliner
3 biochemistry : a distinctive, usually recurrent, molecular sequence (as of amino acids or base pairs) or structural element (as of secondary protein structures) These RNA molecules have an intriguing structural motif, absent in normal RNA, that recognizes an amino acid and chemically binds to it, forming a novel type of RNA enzyme, or ribozyme.— Jessa Netting Only about half these genes have recognizable motifs, or DNA-sequence patterns, that suggest possible functions.— Alan E. Guttmacher and Francis S. Collins
Other Words from motif Synonyms What exactly is a motif? And how is it different from a leitmotif? More Example Sentences Learn More About motif

Other Words from motif

What exactly is a motif? And how is it different from a leitmotif?

In works of art, a motif is an important and noticeable element or feature that typically appears throughout the work. It can relate to the theme, or it can be the dominant or central idea itself. Concepts like betrayal and forgiveness can be motifs, for example, but so can particular images and sounds, such as trees or bells. Motif is also commonly applied in design, where it typically refers to a single or repeated pattern or color. A piece of fabric might have a floral motif; a room may have a black and white motif.

Motif can also appear in scientific contexts, especially in biochemistry, where it refers to a distinctive molecular sequence or structural element that is usually recurrent.

Leitmotif (also and formerly more commonly spelled leitmotiv) has its origins in opera, and is especially associated with Wagnerian opera. The word is from the German words leit and Motif, which translate respectively as "leading" and "motive." In opera, a leitmotif is a recurring melody that accompanies the reappearance of an idea, person, or situation. The term is now applied in other kinds of music, sometimes with a meaning very close to the original: "The Imperial March" that is heard in the Star Wars film franchise whenever Darth Vader appears on screen, for example, is a modern example of leitmotif.

Leitmotif also has extended use that treads the same territory as motif. It's not a common word, but when it is applied it often refers to a dominant recurring theme, as when an image consistently used in an artist's works is described as a leitmotif. Note that some people object when leitmotif is modified by a word like main or dominant, on the grounds that since German leit means "leading" the phrase is redundant. English speakers using leitmotif in English, however, may choose to ignore the objection since leit does not mean "leading" in English.

Examples of motif in a Sentence

… a hip awareness of its own cheesy implausibility, right down to the music: The thunderously orchestrated score uses "Itsy Bitsy Spider" as a motif. — People, 29 July 2002 In retrospect, it is now clear that the alien invasion motif in 1950s science fiction movies reflected the Cold War atmosphere of the period. — Paul A. Cantor, Gilligan Unbound, 2001 The first-class scowl, shaved head and scars on his right shoulder and biceps fit the tough-guy motif, but it's a facade. — Ric Bucher, ESPN, 28 May 2001 The branding is done by combining a commercial trademark with one or another subcultural motif, a subculture the buyer belongs to or wants to join: surfing, skateboarding,  … — John Seabrook, New Yorker, 20 Sept. 1999 The wallpaper has a flower motif. the motif of mute figures standing in lonely isolation is a recurrent one in the artist's works See More
Recent Examples on the Web One popular motif was a picture of an empty chair, echoing the way the Nobel Prize committee honored Mr. Liu at the 2010 ceremony. — Javier C. HernÁndez, New York Times, 14 July 2017 There are so many opportunities for midnight movie audience interaction too — bizarre and strange little motifs practically screaming out for a handful of popcorn to be thrown at the screen. — Katie Walsh, chicagotribune.com, 13 July 2017 If florals are the must-have print of spring, then gingham is the go-to motif come summer. — Maria Ward, Vogue, 13 July 2017 Brees, who customarily leads a ceremonial procession around the edge of Bayou St. John wearing an American-flag motif dress and carrying a triumphant sword, said that the symbolism seems off-base since the election of President Donald Trump. — Doug Maccash, NOLA.com, 13 June 2017 There were no familiar motifs and few conventional turns of phrase, Potter blurring lines that separate mainstream and avant-garde improvisation. — Howard Reich, chicagotribune.com, 2 June 2017 Many of them feature elaborate flora, fauna and landscapes, her signature motif. — Ming Liu, CNN, 28 May 2017 The overture communicates the drama of negotiations through the counterpoint of the clarinet with the other instruments, striking a klezmer motif that exits quickly when met with the aggressive staccato passages of the strings and piano. — Sean Erwin, miamiherald, 21 June 2017 A motif of human-like figures encased in milky-white liquid pops up repeatedly until a dead-eyed child gets lit on fire amid a horde of zombie-like antagonists. — Kyle Orland, Ars Technica, 12 June 2017 See More

These example sentences are selected automatically from various online news sources to reflect current usage of the word 'motif.' Views expressed in the examples do not represent the opinion of Merriam-Webster or its editors. Send us feedback.

First Known Use of motif

History and Etymology for motif

The first known use of motif was in 1848 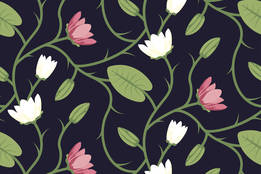 : a distinctive usually recurrent molecular sequence (as of amino acids or base pairs) or structural elements (as of secondary protein structures) These RNA molecules have an intriguing structural motif, absent in normal RNA, that recognizes an amino acid and chemically binds to it, forming a novel type of RNA enzyme, or ribozyme.— Jessa Netting, Science News Only about half these genes have recognizable motifs, or DNA-sequence patterns, that suggest possible functions.— Alan E. Guttmacher and Francis S. Collins, The New England Journal of Medicine

More from Merriam-Webster on motif