1
: any of the five terminating members of the hand : a digit of the forelimb
especially : one other than the thumb
2
a
: something that resembles a finger
a narrow finger of land
b
: a part of a glove into which a finger is inserted
c
: a projecting piece (such as a pawl for a ratchet) brought into contact with an object to affect its motion
3
: the breadth of a finger
4
: interest, share —often used in the phrase have a finger in the pie
5
: bird sense 10 —usually used with the
fingerlike
ˈfiŋ-gər-ˌlīk

Noun Don't stick your fingers in the cookie batter! He slipped the ring onto her finger. The baby held onto my thumb with her tiny fingers. She ran her fingers through his hair. He drummed his fingers on the table impatiently. a finger of land extending into the sea She was so mad, she gave him the finger. Some angry driver flipped me the finger on the highway this morning. Verb He was fingered as a suspect. thus far authorities haven't been able to finger the person who's been lighting fires around town See More
Recent Examples on the Web
Noun
The timetable with Robinson’s finger surgery in early January had him potentially back in a month. —

Ira Winderman, Sun Sentinel, 29 Jan. 2023 Fintech has empowered business owners across the world to track their transactions and funding at the swipe of a finger or click of a mouse, from the comfort of their own homes. —

Xan Myburgh, Forbes, 27 Jan. 2023 Then Varnum will show you how to saber that bottle without losing a finger or putting an eye out. —

Town & Country, 25 Jan. 2023 The photos show Jenner nibbling on a cluster of grapes, putting a finger to her lips, and pouting moodily at the camera while leaning against her king-size bed. —

Kathleen Walsh, Glamour, 25 Jan. 2023 The cucumber and cream cheese spread is served up as finger sandwiches, especially for Kentucky Derby. —

The Courier-Journal, 24 Jan. 2023 Passages is imbued with a sense of life lived — at times painfully — and lessons learned, but there’s no finger-wagging, and the filmmaker is willing to spare those who deserve to be spared. —

Jon Frosch, The Hollywood Reporter, 23 Jan. 2023 Each finger exerts an extremely low amount of pressure — about 0.0455 kPA, or less than one-tenth of the pressure of a human’s eyelid on their eye. —

IEEE Spectrum, 23 Jan. 2023
Verb
To finger them as the cause of inflation is like blaming wet sidewalks for rain. —

John Tamny, Forbes, 22 Jan. 2023 The authors finger pleiotropy in particular as the problem for sequence level evolution in morphogenes, as changes in proteins are much more likely to be problematic if those proteins are upstream from many more traits. —

Razib Khan, Discover Magazine, 12 Apr. 2010 His method quickly finds its way into the courts, where it is used to exonerate people wrongly accused of crimes and to finger the true culprits. —

Andy Meek, BGR, 18 Sep. 2022 In addition, neither Violante nor Gonzalez ever claimed Guevara leaned on them or threatened them to finger a specific suspect, as Guevara has been alleged to do in multiple other cases. —

Megan Crepeau, Chicago Tribune, 14 July 2022 The permafrost around Fairbanks is discontinuous; jagged pieces of it finger north-facing slopes and enfold the low-lying valleys. —

Lois Parshley, Anchorage Daily News, 3 May 2022 Bennett compared the prints to finger flutings — a kind of prehistoric art made by people running their fingers over soft surfaces on cave walls. — 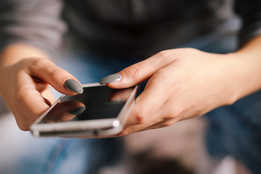 1
: one of the five divisions of the end of the hand
especially : one other than the thumb
2
a
: something that resembles or does the work of a finger
b
: a part of a glove into which a finger is inserted
3
: the width of a finger
fingered
-gərd
adjective
fingerlike
-gər-ˌlīk

: any of the five terminating members of the hand : a digit of the forelimb
especially : one other than the thumb