1
: the brown, oblong edible fruit of a palm (Phoenix dactylifera)
cookies with raisins and chopped dates
2
: the tall palm with pinnate leaves that yields the date

1
a
: the time at which an event occurs
the date of his birth
on this date in history
b
: a statement of the time of execution (see execution sense 1) or making
the date on the letter
2
: duration
the short date of all things sweet

Rebecca P. Parkin
3
: the period of time to which something belongs
a style from a later date
4
a
: an appointment to meet at a specified time
set up a date with her lawyer
especially : a social engagement (see engagement sense 1a) between two persons that often has a romantic character
asked her out on a date
b
: a person with whom one has a usually romantic date
bringing a date to the dance
5
: an engagement for a professional performance (as of a dance band)
concert dates

1
: to determine the period of time to which something belongs : to determine the date (see date entry 2 sense 3) of
date an antique
dated the fossils to the Triassic period
2
: to record the time of the execution or making of : mark with the date
forgot to date the check
a letter dated the fifth of September
3
a
: to mark with characteristics typical of a particular period
b
: to show up plainly the age of
old-fashioned decor that really dates the house
4
: to make a usually romantic social arrangement to meet with : to have a date with
someone she dated in high school

1
: to estimate or compute a date (see date entry 2 sense 3) or chronology : to reckon chronologically
scientific dating techniques
2
: originate
a friendship dating from college days
jewelry dating back to the 1700s
3
: to become outmoded or dated
4
: to go out on usually romantic dates
wasn't allowed to date until she was sixteen
datable adjective
or less commonly dateable
ˈdā-tə-bəl

noun
Phrases
to date
: up to the present moment
her best album to date

The word date that means “the fruit of the palm” and the word date that means “the time of an event” look alike, but they are not related. The word for the fruit can be traced back to the Greek word daktylos, meaning “finger” and “toe.” No one knows why the fruit was called by the word for finger—perhaps because of its small size and shape or the long, slender shape of the palm’s leaves. The word for “the time of an event” comes from Latin and derives from the Latin phrase data Romae, meaning “given at Rome,” an expression used before the date on letters and documents. The word data comes from the Latin word dare, “to give.” In later Latin, the word data came to be used alone to stand for the date, and it came into English as date.

Verb She dated a couple guys during college. He only dates younger women. They've been dating for six months. Don't forget to sign and date the application. The letter was not dated. a memo dated July 12th, 2003 Historians date the document to the early 1700s. The ancient building was dated by a coin found in one of the rooms. Scientists use various techniques to date fossils. See More

Middle English, from Anglo-French, from Late Latin data, from data (as in data Romae given at Rome), feminine of Latin datus, past participle of dare to give; akin to Latin dos gift, dowry, Greek didonai to give 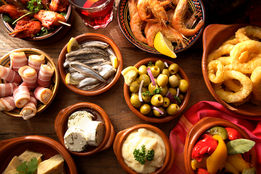 1
: the oblong edible fruit of a tall Old World palm
2
: the palm that produces dates

1
a
: the time at which an event occurs
b
: a statement giving the time of doing or making (as of a coin or check)
2
: duration
3
: the period of time to which something belongs
4
a
: appointment sense 3
especially : a social engagement between two persons that often has a romantic character
b
: a person with whom one has a social engagement
to date
: up to the present moment
have received no complaints to date

dated; dating
1
: to record the date of or on
date a letter
2
: to show or find out the date, age, or period of
date an antique
3
: to make or have a date with
4
a
: to come into existence : originate
dates from the 1400s
b
: to go as far back
dating back to childhood
5
: to show plainly the age of
decor that really dates the house
datable adjective
also dateable
ˈdāt-ə-bəl

More from Merriam-Webster on date