1 : any of a family (Palmae synonym Arecaceae) of mostly tropical or subtropical monocotyledonous trees, shrubs, or vines with usually a simple stem and a terminal crown of large pinnate or fan-shaped leaves
2 : a leaf of the palm as a symbol of victory or rejoicing also : a branch (as of laurel) similarly used
3 : a symbol of triumph or superiority also : victory, triumph
4 : an addition to a military decoration in the form of a palm frond especially to indicate a second award of the basic decoration

1 : the somewhat concave part of the human hand between the bases of the fingers and the wrist or the corresponding part of the forefoot of a lower mammal
2 : a flat expanded part especially at the end of a base or stalk (as of an anchor)
3 [Latin palmus, from palma] : a unit of length based on the breadth or length of the hand
4 : something (such as a part of a glove) that covers the palm of the hand
5 : an act of palming (as of cards)

1a : to conceal in or with the hand palm a card
b : to take or pick up stealthily
c : to hand stealthily palmed him a dollar bill
2 : to impose by fraud a second imposter to be palmed upon you— Sir Walter Scott
3 : to touch with the palm: such as
a : to stroke with the palm or hand
b : to allow (a basketball) to come to rest momentarily in the hand while dribbling thus committing a violation

Other Words from palm

Examples of palm in a Sentence

Verb The store's owner had seen one of the girls palm a lipstick before heading for the door. To do the card trick, you have to learn to palm one of the cards. He was called for palming the ball. The kick was palmed away by the goalkeeper.

First Known Use of palm

History and Etymology for palm

The first known use of palm was before the 12th century 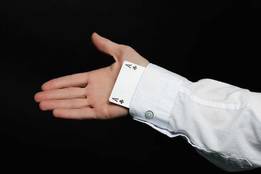 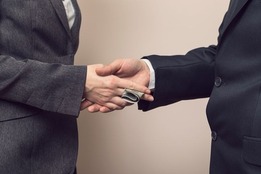 : a tropical tree, shrub, or vine with a usually tall stem or trunk topped with large leaves that are shaped like feathers or fans

Kids Definition of palm (Entry 2 of 3)

1 : the under part of the hand between the fingers and the wrist
2 : a measure of length based on the width of a palm

Kids Definition of palm (Entry 3 of 3)

: to hide in the hand She palmed the coin.
palm off
: to get rid of or pass on in a dishonest way They tried to palm off plastic as real leather.

: the somewhat concave part of the human hand between the bases of the fingers and the wrist or the corresponding part of the forefoot of a lower mammal

More from Merriam-Webster on palm