1 : the point in the orbit of an object (such as a satellite) orbiting the earth that is at the greatest distance from the center of the earth also : the point farthest from a planet or a satellite (such as the moon) reached by an object orbiting it — compare perigee
2 : the farthest or highest point : culmination Aegean civilization reached its apogee in Crete.

Other Words from apogee

Of Apogees, Climaxes, and Culminations

Apogee is often used in its figurative sense, signifying the high point of a career, endeavor, or state (“she was at the apogee of her profession”). This meaning developed as a metaphorical extension of the word’s astronomical sense, denoting the farthest distance from earth of an object orbiting the planet.

A number of other English words that are synonymous with apogee have followed a similar path of figurative development from a technical meaning. Climax (“the most interesting and exciting part of something”) came into English as a term for a series of phrases arranged in ascending order of rhetorical forcefulness. And, very much like apogee, culmination (“the final result of something”) is also rooted in astronomy: it originally referred to the highest point a celestial body reaches in its daily revolution (for example, the sun’s height at noon).

Examples of apogee in a Sentence

These example sentences are selected automatically from various online news sources to reflect current usage of the word 'apogee.' Views expressed in the examples do not represent the opinion of Merriam-Webster or its editors. Send us feedback.

First Known Use of apogee

History and Etymology for apogee

The first known use of apogee was in 1640 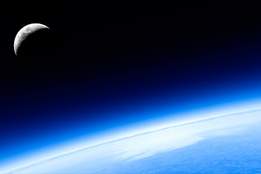 More from Merriam-Webster on apogee