Recent Examples on the Web The attack chain uses a host of clever tricks to evade antivirus protection.

Dan Goodin, Ars Technica, 8 Nov. 2019 Bursztein points out that kits for crafting malicious documents and tailoring them to evade antivirus scanners are readily available in online criminal forums, ranging in price from about $400 to $5,000.

Lily Hay Newman, Wired, 25 Feb. 2020 Amid an acute shortage of antivirus gear, the state is handing out production licences.

The Economist, 14 Mar. 2020 Rewriting firmware can also allow malicious code to avoid detection by antivirus programs, or persist even after a computer's entire operating system is reinstalled.

Andy Greenberg, Wired, 18 Feb. 2020 Officials in the Czech Republic have launched an investigation into Avast, one of the Internet’s most popular free antivirus programs, amid accusations the company sold the search history of as many as 100 million users to third parties.

Wired, 6 Nov. 2019 Several months ago, antivirus company Avast began looking under the hood of malware called Retadup, which had infected around 850,000 Windows computers.

Wired, 31 Aug. 2019 And antivirus vendors could even incorporate specific detections into their scanners to monitor for suspicious audio input activity.

These example sentences are selected automatically from various online news sources to reflect current usage of the word 'antivirus.' Views expressed in the examples do not represent the opinion of Merriam-Webster or its editors. Send us feedback. 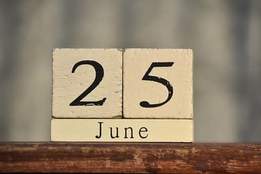 The words that defined the week ending June 25th, 2021

More from Merriam-Webster on antivirus