A collection of words turning 100 this decade
Last Updated: 9 Mar 2022 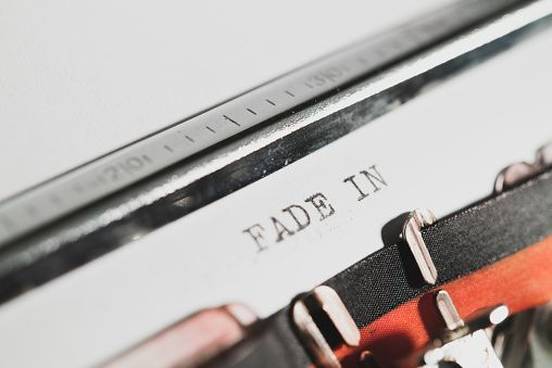 Both screenplay and screenwriter date to 1920, though movies themselves are older than that. The first way to watch a motion picture was by your lonesome, via a kinetoscope—a device, invented by Thomas Edison and William Dickson in 1891, that required you to look through a peephole to see teensy moving images inside. The term motion picture dates to 1891 as well.

By the early 20th century, the motion picture industry was ramping up—and changing—and English vocabulary reflected that fact with cinema appearing in print in English in 1909, talkie debuting in 1913, and silver screen in the lexical spotlight by 1918. 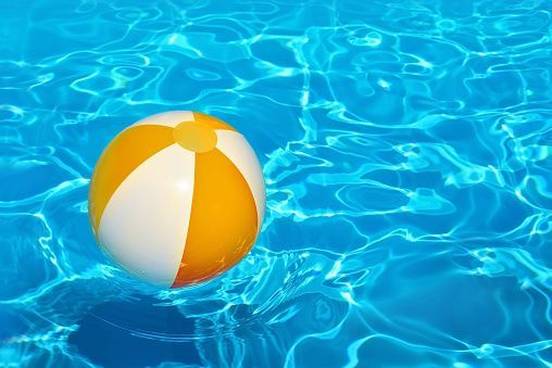 noun : a large inflated ball for use at the beach

The year 1921 saw the initiation of the word beach ball into the written record (as far as we can tell, given current research). Interestingly enough, earliest evidence of the term is not coastal—it's from an ad in the Cedar Rapids, Iowa, Evening Gazette. The ad reported that beach balls were available from the reasonable price of 15¢ to the still-seems-reasonable price of $2.00. Also for sale in that same ad: bathing shoes ranging in price from .40¢ to $2.95, water wings from 25¢ to 95¢, and ear stoppers for 50¢.

The year 1921 appears also to have given us the terms pogo stick, cat's meow, workflow, junk mail, and heinie, that last one being the 1920s equivalent of today's peach emoji. 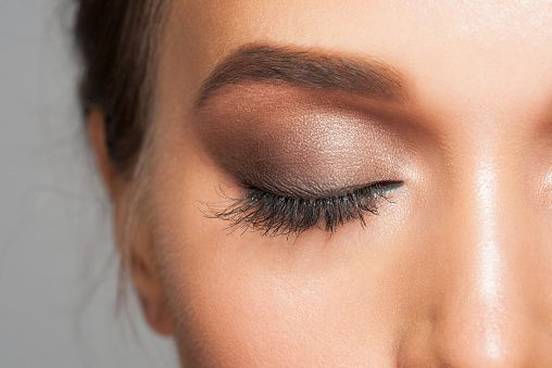 noun : a cosmetic cream or powder in one of various colors that is applied to the eyelids to accent the eyes

While the ancient Egyptians are known to have worn the stuff, the English term eye shadow was just a baby word in 1922. World War I had ended a few years earlier, and cosmetics were emerging in the U.S. and Britain as something acceptable for the average gal after having formerly been relinquished to society's marginalized corners during the conservative Victorian 19th century. The term lipstick was older: it had been around since at least 1880, and mascara since 1886.

Other word-babes of 1922 (per current research) were robot, polyester, tracksuit, deep-fry, and down-to-earth. 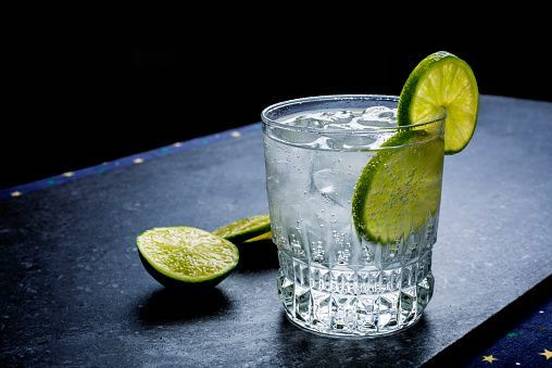 The 18th amendment went into effect in 1920, nationally banning the "manufacture, sale, or transportation of intoxicating liquors," and by 1923 the term bathtub gin was in print. The movement to outlaw alcohol had been active for years before then, though, and the verb bootleg, meaning "to carry (alcoholic liquor) on one's person illegally" and "to manufacture, sell, or transport for sale (alcoholic liquor) illegally," had been in use since the late 19th century. 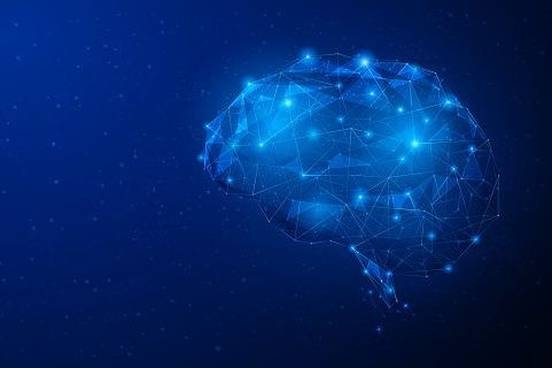 noun : the one of the three divisions of the psyche in psychoanalytic theory that is completely unconscious and is the source of psychic energy derived from instinctual needs and drives

Other terms with earliest citations currently dating to 1924 are answering machine, superhighway, smarmy, tossed salad, and soup up. 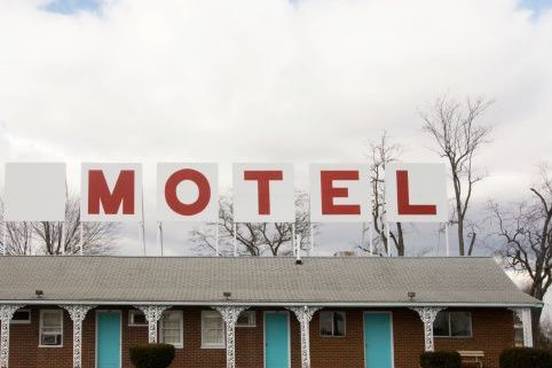 noun : an establishment which provides lodging and parking and in which the rooms are usually accessible from an outdoor parking area

The word motel is a blend of motor and hotel, and by the year 1925 blend words (also called "portmanteaus," thanks to Lewis Carroll) were a not-uncommon type of coinage in English. Guesstimate was also a newcomer—current evidence dates that term to 1923—as was mingy, meaning "mean, stingy," which current evidence dates to 1911. Brunch, smog, and prissy had been in use since the later part of the previous century.

Other words with a current debut date of 1925 are bobby pin, clichéd, bumper-to-bumper, kitsch, and zucchini. 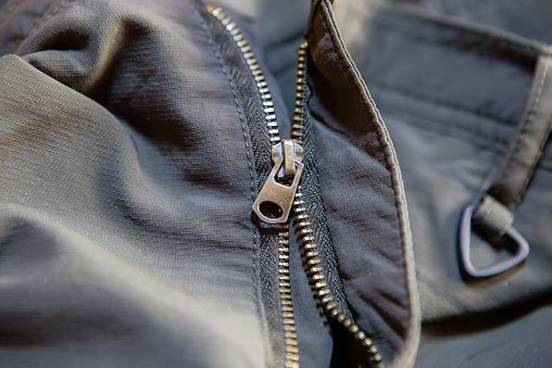 noun : a fastener consisting of two rows of metal or plastic teeth on strips of tape and a sliding piece that closes an opening by drawing the teeth together

That's right: the zestily evocative word zipper—as we use it now—dates to 1926. Coined by Bertram G. Work, president of B. F. Goodrich Company (of tire fame), and used as a trademark for a slide fastener on a Goodrich-produced overshoe in 1923, generic use of the term dates to just three years after the word's introduction. Zippers themselves actually predate the facts of the tale we've told thus far, though: what is now considered the first modern zipper is credited to one Gideon Sundback, who received a patent for it in 1917. The idea of a slide fastener was presented at the 1893 World's Columbian Exposition in Chicago by Whitcomb L. Judson.

The year 1926 is also birth-year (per current research, of course) to horse-and-buggy, flat-earther, capo, demanding, and pig in a blanket. 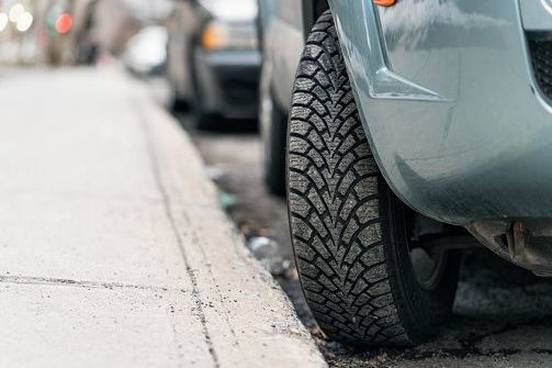 verb : to park a vehicle beside a row of vehicles already parked parallel to the curb

By 1927, the parking lots were apparently full—parking lot dates to 1924—and the term double-park was called into action to explain the maddening phenomenon that sidles up when necessity (or pure disregard for one's fellow being) demands. It's likely, of course, that people were double-parking before then, but your dictionary does not know precisely how they talked about it. It was, of course, an important decade for the automobile in the United States, and one in which the majority of drivers finally got a roof: in 1920, most drivers relied on canvas to protect them from the weather but by the early 1930s almost all the cars Detroit produced were closed models.

Other terms that current evidence dates to 1927 are jeepers, Rorschach test, ghostwrite, off-white, and smoke detector. 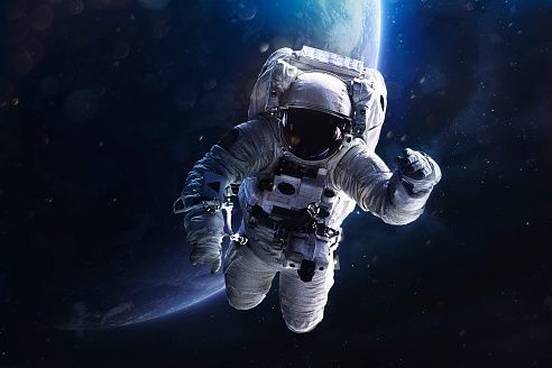 noun : a person who travels beyond the earth's atmosphere also : a trainee for spaceflight

In the year of its coining, the word astronaut was purely aspirational: it wasn't until 1961 that the first astronaut went into space. Astronaut was coined from Greek astr- ("star") and the -naut of aeronaut, which traces back via French to Greek naútēs, meaning "sailor." Astronaut is now used only to refer to "star sailors" from the U.S., Canada, Europe, and Japan; cosmonaut ("universe sailor") is the term for an astronaut from the Soviet or Russian space program, and taikonaut ("space sailor") is the term for an astronaut in China's space program. 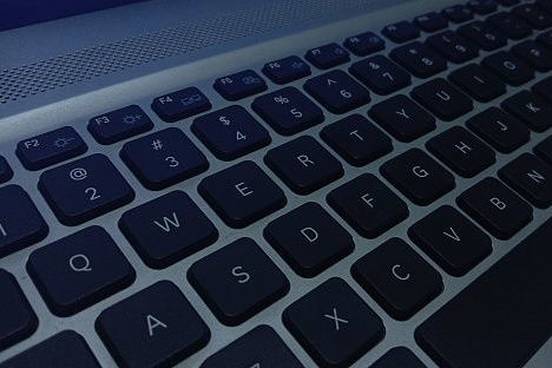 noun : a standard English-language typewriter or computer keyboard on which the first six letters of the second row are q, w, e, r, t, y

The QWERTY keyboard was designed by Christopher Latham Sholes when he was developing the modern typewriter in the late 19th century. The design had a very particular purpose: to slow typists down so that the keys would not be pressed too quickly, resulting in the jamming of the typebars. While alternatives that are measurably superior to the QWERTY keyboard have been proposed since the 1920s (alternatives that are easier to learn and less fatiguing, and that allow for faster typing), we're all too committed to the system we know to change.

Other words that current evidence dates to 1929 are gelato, preteen, whodunit, youth hostel, and zap.