British also  -ˌmä
1
a
: motion picture —usually used attributively
b
: a motion-picture theater
2
a
: movies
especially : the film industry
b
: the art or technique of making motion pictures

a student of French cinema We drove by the cinema to see what was playing.
Recent Examples on the Web Film critic Elvis Mitchell explores the origins of Black cinema in this new documentary.

Los Angeles Times, 11 Nov. 2022 Over the years other festivals have been adding parallel sections of Latin American cinema, a symptom of its growing international relevance.

Emiliano De Pablos, Variety, 11 Nov. 2022 John Calley, who ran Warner Brothers in the 1970s and then was the CEO of Sony Pictures in the early 2000s, said to me that the dirty little secret of American cinema is that Black movies financed much of the mainstream.

Rivea Ruff, Essence, 9 Nov. 2022 Though Orton, in concert later this week at the Irish American Heritage Center, is rightly admired as a poetess of British folk-rock, her closest analog might be a poetess of Francophone cinema: Claire Denis.

cleveland, 6 Nov. 2022 The eleventh month of the year is devoted to the darkest, dankest corners of cinema, where the devious and the downtrodden reside.

Odie Henderson, BostonGlobe.com, 3 Nov. 2022 These days, the most exciting, innovative cinema emerging from la république is by women.

Scott Roxborough, The Hollywood Reporter, 2 Nov. 2022 If that’s not enough, the sundeck offers another outdoor cinema, a bar and a Jacuzzi.

These example sentences are selected automatically from various online news sources to reflect current usage of the word 'cinema.' Views expressed in the examples do not represent the opinion of Merriam-Webster or its editors. Send us feedback. 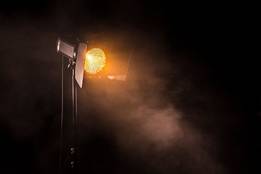 1
a
: movie sense 2a
a cinema director
b
: a theater for showing movies
went to the cinema
2
a
: the business of making movies
worked in cinema
b
: the art or technique of making movies
a student of French cinema
cinematic
ˌsin-ə-ˈmat-ik
adjective
cinematically
-i-k(ə-)lē
adverb

More from Merriam-Webster on cinema