How does the noun tribute differ from other similar words?

Some common synonyms of tribute are citation, encomium, eulogy, and panegyric. While all these words mean "a formal expression of praise," tribute implies deeply felt praise conveyed either through words or through a significant act.

When could citation be used to replace tribute?

In some situations, the words citation and tribute are roughly equivalent. However, citation applies to the formal praise of a person offered in a military dispatch or in awarding an honorary degree.

When is encomium a more appropriate choice than tribute?

The meanings of encomium and tribute largely overlap; however, encomium implies enthusiasm and warmth in praising a person or a thing.

When might eulogy be a better fit than tribute?

Although the words eulogy and tribute have much in common, eulogy applies to a prepared speech or writing extolling the virtues and services of a person.

When would panegyric be a good substitute for tribute?

While in some cases nearly identical to tribute, panegyric suggests an elaborate often poetic compliment. 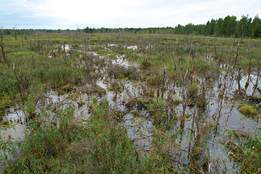 Dictionary lookups from Twitter, the Supreme Court, and Ukraine

More from Merriam-Webster on tribute