1 : a particular appearance or state in a regularly recurring cycle of changes phases of the moon
2a : a distinguishable part in a course, development, or cycle the early phases of her career
b : an aspect or part (as of a problem) under consideration
3 : the point or stage in a period of uniform circular motion, harmonic motion, or the periodic changes of any magnitude varying according to a simple harmonic law to which the rotation, oscillation, or variation has advanced from its standard position or assumed instant of starting
4 : a homogeneous, physically distinct, and mechanically separable portion of matter present in a nonhomogeneous physicochemical system
5 : an individual or subgroup distinguishably different in appearance or behavior from the norm of the group to which it belongs also : the distinguishing peculiarity
in phase
: in a synchronized or correlated manner
out of phase
: in an unsynchronized manner : not in correlation

Definition of phase (Entry 2 of 2)

1 : to adjust so as to be in a synchronized condition
2 : to conduct or carry out by planned phases
3 : to introduce in stages —usually used with in phase in new models
Other Words from phase Synonyms Phase and Faze More Example Sentences Learn More About phase

Other Words from phase

Phase and faze are homophones (words pronounced alike but different in meaning, derivation, or spelling) that may easily be confused. Despite the similarity in pronunciation, these words bear little semantic resemblance to one another.

Although phase can function as a verb – it is found especially in combinations such as phase out, phase in, and phase into, meaning “to end, begin, etc. in phases” – the word is most commonly encountered as a noun, in which it typically carries a meaning related to steps in a process, cycles, or stages of development (as in “phases of the moon”).

Faze is generally used only as a verb, and means “to daunt or disconcert.” It often appears in negative expressions such as “it didn’t faze her a bit” or “nothing fazes him.”

Examples of phase in a Sentence

Noun The project will be done in three phases. He's in the final phase of treatment now. The building project marks a new phase in the town's development. He has been throwing tantrums a lot, but the doctor says it's just a phase. a calendar based on the phases of the moon
See More

Recent Examples on the Web: Noun That phase of construction is still years off, and a great deal of dirt still needs to be pushed back and forth before site preparation is complete. — San Diego Union-Tribune, 3 Jan. 2022 Carlson’s injury thrusted walk-on Ben Patton into the spotlight for Auburn in that phase of the game—no easy ask—and the Rochester, Mich., native delivered. — Tom Green | Tgreen@al.com, al, 28 Dec. 2021 Now Ukrainian officials and their Western allies fear that tensions with Russia are entering a new phase with the Kremlin potentially prepared to launch an invasion. — Washington Post, 19 Dec. 2021 UConn also had strong control of the glass in the first half, going into the break plus seven on the boards against a Georgia Tech team that typically dominates that phase of the game. — Alexa Philippou, courant.com, 10 Dec. 2021 Much like the queen of England, BTS is entering a new phase of their reign and won’t be seen for several weeks. — Bethy Squires, Vulture, 6 Dec. 2021 The city was mending, if not roaring back, from the coronavirus pandemic, and Yang could be the face of that new phase. — The New Yorker, 1 Dec. 2021 The ruling paved the way for a separate trial in Rodriguez’s courtroom to determine damages; that phase of the proceedings concluded Monday, with closing statements from the opposing sides. — Guillermo Contreras, San Antonio Express-News, 29 Nov. 2021 Keep in mind that Whittingham is a former special teams coach who still takes a role in that phase, so these things are a little harder to take because of that. — Josh Newman, The Salt Lake Tribune, 14 Nov. 2021 Recent Examples on the Web: Verb The catch is that those benefits will phase in over time and the Medicare premium increase would hit after the New Year. — Arkansas Online, 4 Dec. 2021 In recent days, the lawmakers inserted a plan to phase in payments for methane leaks above a certain threshold into Biden’s signature climate and social spending bill. — Washington Post, 10 Aug. 2021 And that’s not even the worst part of this bill: the worst part is that, as written, the subsidies phase in gradually, covering families up to 100% of median income in 2022, increasing to 200% in 2025. — Elizabeth Bauer, Forbes, 28 Sep. 2021 The legislation phases out tax credits for individuals who make more than $75,000 annually (or a couple who files jointly earning $150,000). — Amy Sherman, miamiherald, 12 May 2017 Most of the U.S. military bases have closed, and Congress began in 1996 to phase out the island’s tax haven status. — Juan González, The Intercept, 9 May 2017

These example sentences are selected automatically from various online news sources to reflect current usage of the word 'phase.' Views expressed in the examples do not represent the opinion of Merriam-Webster or its editors. Send us feedback.

First Known Use of phase

History and Etymology for phase

New Latin phasis, from Greek, appearance of a star, phase of the moon, from phainein to show (middle voice, to appear) — more at fancy

The first known use of phase was in 1647 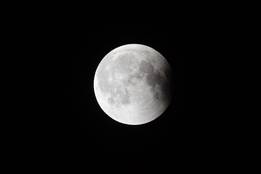 : a part or step in a process : one part in a series of related events or actions
: a short period of time during which a person behaves in a particular way or likes a particular thing
: the shape of the part of the moon that is visible at different times during a month

1 : a step or part in a series of events or actions : stage I have completed the first phase of my training.
2 : the way that the moon or a planet looks to the eye at any time in its series of changes with respect to how it shines The new moon and the full moon are two phases of the moon.

1 : a particular appearance or state in a regularly recurring cycle of changes
2 : a distinguishable part in a course, development, or cycle the early phases of a disease
3 : a point or stage in the period of a periodic motion or process (as a light wave or a vibration) in relation to an arbitrary reference or starting point in the period
4 : a homogeneous, physically distinct, and mechanically separable portion of matter present in a nonhomogeneous physicochemical system especially : one of the fundamental states of matter usually considered to include the solid, liquid, and gaseous forms
5 : an individual or subgroup distinguishably different in appearance or behavior from the norm of the group to which it belongs also : the distinguishing peculiarity

More from Merriam-Webster on phase