: any member of a class of words that typically can be combined with determiners (see determiner sense b) to serve as the subject of a verb, can be interpreted as singular or plural, can be replaced with a pronoun, and refer to an entity, quality, state, action, or concept There are two nouns in this sentence.
What is a noun? More Example Sentences Phrases Containing noun Learn More About noun

What is a noun?

Nouns make up the largest class of words in most languages, including English. A noun is a word that refers to a thing (book), a person (Betty Crocker), an animal (cat), a place (Omaha), a quality (softness), an idea (justice), or an action (yodeling). It's usually a single word, but not always: cake, shoes, school bus, and time and a half are all nouns.

There are a number of different categories of nouns.

A collective noun is a noun that names a group of people or things, such as flock or squad. It's sometimes unclear whether the verb for a collective noun should be singular or plural. In the United States, such nouns as company, team, herd, public, and class, as well as the names of companies, teams, etc., are treated as singular, but in the United Kingdom they are often treated as plural: (US) "The team has been doing well this season." vs. (British) "The team have been doing well this season."

Gerunds are nouns that are identical to the present participle (-ing form) of a verb, as in "I enjoy swimming more than running."

An attributive noun is a noun that modifies another noun that immediately follows it, such as business in business meeting. These nouns look like adjectives but they're not.

For learners of English, the most important feature of a noun is whether it can be counted. A count noun is a noun that can be used after a or an or after a number (or another word that means "more than one"). Count nouns have both singular and plural forms and can be used with both singular and plural verb forms, as with the word letter in "A letter for you is on the table. Letters for you arrive regularly." Sometimes the plural form of a count noun is the same as its singular form, as in "I saw a deer in my yard yesterday. There are a lot of deer in the woods near my house."

A mass noun (or noncount noun) refers to something that cannot be counted. Mass nouns are normally not used after the words a or an or after a number. They have only one form and are used with singular verb forms, as in "Portuguese is one of the languages they speak," and "The information was unclear."

Some nouns are not count or mass nouns. Nouns which only ever refer to one thing are called singular nouns: "Saturn is the sixth planet from the sun," "We heard a terrible din in the alley." And a plural noun refers to more than one person or thing, or sometimes to something that has two main parts. Plural nouns have only one form and are used with plural verb forms: "Townspeople are invited to a forum on the project," "These scissors are dull."

A particular noun can have any or all of these kinds of uses.

(mass) Time seemed to stop when I saw him for the first time.

(plural) Fuel costs three times as much as it did five years ago.

Examples of noun in a Sentence

Recent Examples on the Web There is even a funny but mean collective noun for them: a consternation of mothers-in-law. — Beth Thames | Bethmthames@gmail.com, al, 4 May 2022 Halachah is not a noun but a verb, a pathway to infuse all our actions with kedushah – observing not only the letter of the law but the holy higher purpose of the law. — Rabbi Avi Weiss, Sun Sentinel, 2 May 2022 Cliché is a noun and its adjective form has traditionally been clichéd, though today cliché itself is often used as an adjective too. — Melissa Mohr, The Christian Science Monitor, 21 Feb. 2022 As a noun: a person who has been taken prisoner or an animal that has been confined. — Deborah Lovich, Forbes, 27 Apr. 2022 By 2012, when Oxford Dictionaries named GIF the U.S. word of the year, the term was being used as a verb, not just as a noun. — Washington Post, 25 Mar. 2022 So what’s the correct collective noun for butterflies? — Steven Litt, cleveland, 9 Jan. 2022 The word ‘wrong’ can be an adjective, a noun and a verb. — New York Times, 2 Nov. 2021 As a noun, traverses are crosspieces that extend from one side to the other, including ceiling rafters, door lintels, and so on. — Melissa Mohr, The Christian Science Monitor, 13 Dec. 2021 See More

These example sentences are selected automatically from various online news sources to reflect current usage of the word 'noun.' Views expressed in the examples do not represent the opinion of Merriam-Webster or its editors. Send us feedback.

First Known Use of noun

History and Etymology for noun

The first known use of noun was in the 14th century 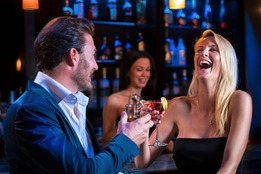 : a word or phrase that is the name of something (as a person, place, or thing) and that is used in a sentence especially as subject or object of a verb or as object of a preposition

More from Merriam-Webster on noun