1
a
: a force that brings good fortune or adversity
Luck was a big factor in the outcome.
b
: the events or circumstances that operate for or against an individual
The loser muttered something about bad luck.
2
: favoring chance
also : success
had great luck growing orchids
luckless
ˈlək-ləs

Noun We had good luck fishing. He's been having nothing but bad luck. He succeeded through hard work and a little luck. We need a bit of luck. By a stroke of luck, there were still a few tickets left when we arrived. “I've been looking for a new apartment.” “Any luck?” “No, not yet.” I've had no luck in finding a new apartment. He had no better luck than I did. See More
Recent Examples on the Web
Noun
Wheel of Fortune is not rigged and anyone can try their chance at winning incredible prizes with a little bit of luck!

Adrianna Freedman, Good Housekeeping, 26 Sep. 2022 But Americans hoping to profit from a similar rise in their savings accounts rates have been out of luck this year.

Aimee Picchi, CBS News, 23 Sep. 2022 Showers associated with the storm are likely to be scattered and light, and with just a bit of luck should hold off until late afternoon and evening.

David Streit, Washington Post, 22 Sep. 2022 Besides the planning, to do a show like this requires that element of luck.

Ana Rocío Álvarez Bríñez, The Courier-Journal, 21 Sep. 2022 Everybody else was not only out of luck, but miserable.

Kevin Fagan, San Francisco Chronicle, 6 Sep. 2022 Thanks to adept drafting, shrewd trades, timely signings, patience and a little bit of luck, Altman and his team of front office executives have altered the franchise’s trajectory for the foreseeable future.

Bryan Schott, The Salt Lake Tribune, 30 Aug. 2022
Verb
And with so much of the world still vulnerable to infection, the virus has many, many opportunities to luck into new variants that may yet enhance its ability to spread and reinfect.

Sarah Zhang, The Atlantic, 17 Aug. 2021 Yes, the Wolves could luck out in the lottery and still finish with a top-three pick.

Star Tribune, 1 May 2021 When Arizona reached the Final Four for the first time in school history, Carson recalled how, four years ago, Wildcats coach Adia Barnes had blown up the group chat with other Black coaches, wishing each one of them luck in their tournament games.

Nancy Armour, USA TODAY, 1 Apr. 2021 There are a few insane guys that love to chase this reverse migration from Arkansas to Saskatchewan (when the border is open) and the rest of us are there to luck into a good shoot.

Alex Robinson, Outdoor Life, 18 Mar. 2021 If only 6-1 Indiana could have been as fortunate to luck into that game.

Megan Ryan, Star Tribune, 10 Dec. 2020 So the people who wow us their first time out are unicorns, who luck into a great role and nail it.

Chris Hewitt, Star Tribune, 18 Nov. 2020 Maybe some or all of the leagues will luck out and keep enough players healthy.

Dave Clark, The Enquirer, 25 June 2020 Tough Break: Robertson and a friend had lucked into a school of giant walleyes.

These example sentences are selected automatically from various online news sources to reflect current usage of the word 'luck.' Views expressed in the examples do not represent the opinion of Merriam-Webster or its editors. Send us feedback. 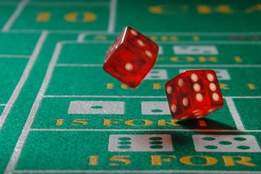 1
: something that happens to a person by or as if by chance
He cursed his luck.
2
: the accidental way things happen
Our meeting happened by pure luck.
3
: good fortune
We had luck fishing.

More from Merriam-Webster on luck