1
: to set free (as from slavery)
2
: to endow with a franchise: such as
a
: to admit to the privileges of a citizen and especially to the right of suffrage
b
: to admit (a municipality) to political privileges or rights
enfranchisement
in-ˈfran-ˌchīz-mənt

in a way, modern labor-saving appliances enfranchised people, giving them much more leisure time
Recent Examples on the Web The measure to enfranchise 16-year-olds failed, but voters approved amending the village charter to allow non-citizens to vote by a margin of 727 to 571, according to the Dayton Daily News.

Andrew J. Tobias, cleveland, 17 May 2022 CNN International reported last week on efforts to enfranchise noncitizens in Germany, where about 14% of the population cannot vote in federal elections like the one recently conducted there.

Zachary B. Wolf, CNN, 12 Dec. 2021 The full scope of the nationwide push to re-enfranchise the formerly incarcerated is difficult to assess because few states keep track of how many people with felony convictions register to vote.

Nicole Lewis And Andrew R. Calderon, USA TODAY, 23 June 2021 Ultimately, Raskin argued, the question was whether to enfranchise the taxpayers of Washington, D.C.

Jeremy Beaman, Washington Examiner, 14 Apr. 2021 This will enfranchise students who are immunocompromised or suffer from severe social anxiety and allow teaching to continue both inside and outside the traditional classroom as necessary.

Steve Schering, chicagotribune.com, 16 Mar. 2021 Proponents pointed to last year’s elections, which set records for turnout as states emphasized mail-in voting during the pandemic, as evidence of how changing policies could enfranchise more voters.

USA Today, 24 Aug. 2020 Of course, this move was not applicable to all women; for example, Native American women were not fully enfranchised in Utah until 1956, as a result of a ruling in Utah’s Supreme Court.

These example sentences are selected automatically from various online news sources to reflect current usage of the word 'enfranchise.' Views expressed in the examples do not represent the opinion of Merriam-Webster or its editors. Send us feedback. 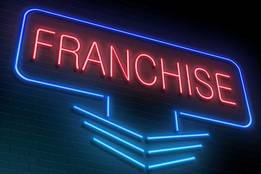 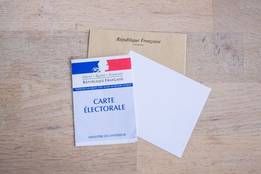 enfranchised; enfranchising
: to grant franchise to
especially : to admit to the privileges of a citizen and especially to voting rights
the Twenty-sixth Amendment enfranchised all citizens over 18 years of age
compare emancipate

More from Merriam-Webster on enfranchise