1 : to take exception : object —often used with to or at it would seem hazardous to demur to a proposition which is so widely accepted— Samuel Alexander
2 law : to file a demurrer
3 archaic : delay, hesitate

Definition of demur (Entry 2 of 2)

1 : the act or an instance of objecting : protest rather than be brought into court he will pay without demur— G. B. Shaw
2 : hesitation (as in doing or accepting) usually based on doubt of the acceptability of something offered or proposed after some delay and demur, the door grudgingly turned on its hinges— Charles Dickens
Synonyms Choose the Right Synonym More Example Sentences Learn More About demur

Choose the Right Synonym for demur

qualm, scruple, compunction, demur mean a misgiving about what one is doing or going to do. qualm implies an uneasy fear that one is not following one's conscience or better judgment. no qualms about plagiarizing scruple implies doubt of the rightness of an act on grounds of principle. no scruples against buying stolen goods compunction implies a spontaneous feeling of responsibility or compassion for a potential victim. had compunctions about lying demur implies hesitation caused by objection to an outside suggestion or influence. accepted her decision without demur

Examples of demur in a Sentence

Verb She suggested that he would win easily, but he demurred, saying he expected the election to be close. don't hesitate to demur to the idea if you have any qualms Noun we accepted his offer to pay for our dinners without demur
See More

These example sentences are selected automatically from various online news sources to reflect current usage of the word 'demur.' Views expressed in the examples do not represent the opinion of Merriam-Webster or its editors. Send us feedback.

First Known Use of demur

13th century, in the meaning defined at sense 2

History and Etymology for demur

The first known use of demur was in the 13th century 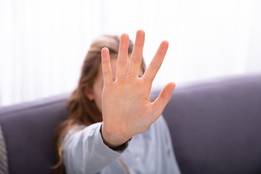 : an act of disagreeing about something

: to interpose a demurrer demur to the declaration

Other Words from demur

More from Merriam-Webster on demur