1
: to declare to be reprehensible, wrong, or evil usually after weighing evidence and without reservation
a policy widely condemned as racist
2
a
: to pronounce guilty : convict
b
: sentence, doom
condemn a prisoner to die
3
: to adjudge unfit for use or consumption
condemn an old apartment building
4
: to declare convertible to public use under the right of eminent domain
condemnable
kən-ˈdem-nə-bəl

Choose the Right Synonym for condemn

We strongly condemn this attack against our allies. The government condemns all acts of terrorism. The country condemns the use of violence on prisoners. The school condemns cheating, and any student caught cheating will be expelled. City officials condemned our apartment building and forced us to leave.
Recent Examples on the Web Public figures can now condemn LGBTQ people on national TV and spur social media followers to send death threats to drag events—even after a deadly mass shooting in a gay bar—or party with white nationalists and pay no price. —

Alaric Dearment, The New Republic, 2 Feb. 2023 Many of the protesters are inspired by Molavi Abdol Hamid, the most prominent Sunni cleric in the country, who has used his weekly sermons at the Makki Mosque in Zahedan to condemn the heavy-handedness of security forces and the abuse of detainees. —

Jack Greiner, The Enquirer, 1 Feb. 2023 But critics have said too much attention has been focused on downtown, and Democratic leaders in the city condemn her record of holding education spending largely in check while boosting the city’s own budget. —

Don Stacom, Hartford Courant, 1 Feb. 2023 One is a resolution that would simply express Congress’s gratitude towards U.S. law enforcement and condemn any efforts to defund the police. —

Anchorage Daily News, 1 Feb. 2023 Maron isn’t the only celebrity using his platform to defend Riseborough and condemn the Academy’s investigation. —

Zack Sharf, Variety, 30 Jan. 2023 Fresh snow and bitter cold did not stop chants from ringing out in the streets of Milwaukee as protesters gathered to condemn police brutality just days after video surfaced of the fatal beating of Tyre Nichols by Memphis police officers. —

These example sentences are selected automatically from various online news sources to reflect current usage of the word 'condemn.' Views expressed in the examples do not represent the opinion of Merriam-Webster or its editors. Send us feedback.

Middle English, from Anglo-French condempner, from Latin condemnare, from com- + damnare to condemn — more at damn 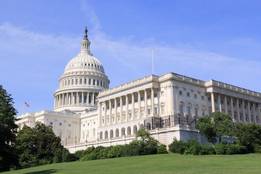 1
: to declare to be wrong : censure
condemned their behavior
2
a
: to pronounce guilty : convict
b
: sentence entry 2 sense 1
3
: to declare to be unfit for use or consumption
a condemned building
condemnation
ˌkän-ˌdem-ˈnā-shən
-dəm-
noun
condemner noun
or condemnor
kən-ˈdem-ər

1
: to impose a penalty on
especially : to sentence to death
2
: to adjudge unfit for use or consumption
3
: to declare convertible to public use under the right of eminent domain : take
condemnable
kən-ˈdem-nə-bəl, -ˈde-mə-

More from Merriam-Webster on condemn