1a : to relate to : be about The novel concerns three soldiers. The report concerns global warming.
b : to bear on
2 : to have an influence on : involve also : to be the business or affair of The problem concerns us all. This conversation does not concern you.
3 : to be a care, trouble, or distress to Her ill health concerns me. Her son's frequent tantrums concerned her.
4 : engage entry 1, occupy He concerns himself with trivia. She refused to concern herself with such gossip.

obsolete : to be of importance : matter

Definition of concern (Entry 2 of 2)

1a : marked interest or regard usually arising through a personal tie or relationship Their friend's health is a constant cause of concern.
b : an uneasy state of blended interest, uncertainty, and apprehension The actor's sudden collapse on stage caused concern.
2 : something that relates or belongs to one : affair It's no concern of yours.
3a : matter for consideration Immigration had become a concern to Congress.
b : a matter that causes feelings of unease, uncertainty, or apprehension health/safety concerns "Just throw it into the sun!" That phrase has long been the seemingly easy answer to … very serious concerns about what to do with nuclear waste.— Dave Trumbore
4 : an organization or establishment for business or manufacture a banking concern a commercial concern
5 : contrivance, gadget

Choose the Right Synonym for concern

care, concern, solicitude, anxiety, worry mean a troubled or engrossed state of mind or the thing that causes this. care implies oppression of the mind weighed down by responsibility or disquieted by apprehension. a face worn by years of care concern implies a troubled state of mind because of personal interest, relation, or affection. crimes caused concern in the neighborhood solicitude implies great concern and connotes either thoughtful or hovering attentiveness toward another. acted with typical maternal solicitude anxiety stresses anguished uncertainty or fear of misfortune or failure. plagued by anxiety and self-doubt worry suggests fretting over matters that may or may not be real cause for anxiety. financial worries

Examples of concern in a Sentence

Verb The novel concerns three soldiers. This study concerns the noise levels in cities. This conversation doesn't concern you. Our mother's illness concerns us. Noun They have expressed concern about the cost of the project. There is some concern that the economy might worsen. I share your concern about these problems. Their friend's health is a constant source of concern. The governor needs to address voters' concerns about the economy. They have raised concerns about the cost of the project. Their friend's health is a constant concern. His concern with the well-being of his family is obvious. She has always shown genuine concern for the poor. I appreciate your concern, but there's really nothing you can do to help. See More
Recent Examples on the Web: Verb Heading into his first road race of the season, former Baltimore resident and Perry Hall graduate Vincent Ciattei did not concern himself with setting a personal-record time or hitting certain benchmarks. — Edward Lee, Baltimore Sun, 3 May 2022 His 800 collegiate touches will concern some scouts. — Eddie Brown, San Diego Union-Tribune, 28 Apr. 2022 China’s plans, resources, and progress should concern all Americans. — Roslyn Layton, Forbes, 23 Apr. 2022 These rules should not concern the cycling iconoclast, nor should new tech trouble the traditionalist. — Eben Weiss, Outside Online, 1 Apr. 2022 But a more hazardous inquiry for Facebook may concern the more recent past. — Benjamin Wofford, Wired, 10 Mar. 2022 Instead, the hearings will concern their pretrial release and potential bail conditions. — Tierney Sneed, CNN, 14 Jan. 2022 That should concern the Steelers (5-5-1), whose defense remains exploitable in the continued absence of T.J. Watt (Covd-19). — New York Times, 2 Dec. 2021 The apparent regression of second-year players Payton Pritchard and Aaron Nesmith should concern the Celtics. — Adam Himmelsbach, BostonGlobe.com, 25 Nov. 2021 Recent Examples on the Web: Noun Complicating the situation — and amplifying the concern — is the fact that the other cases comprise two distinct groups that have no discernible links to one other. — Helen Branswell, STAT, 19 May 2022 Experts say:Britney's nude Instagrams are sparking concern. — Edward Segarra, USA TODAY, 19 May 2022 Another fire burning in the Gila National Forest in southern New Mexico had grown more than 57 square miles (148 square kilometers) in one day, causing concern among state officials. — Susan Montoya Bryan, ajc, 18 May 2022 The speed with which this case is moving forward has led to concern among some human-rights advocates over whether Mr. Shishimarin is in fact getting a fair trial. — Ian Lovett, WSJ, 18 May 2022 There was concern its archives might be damaged by mold. — CBS News, 18 May 2022 This leaves many wondering how companies plan to address the concern. — Yec, Forbes, 18 May 2022 No other information on the nature of the security concern was provided. — The Enquirer, 18 May 2022 But the difficulty of eliminating new outbreaks, as shown by Beijing’s struggles, raises concern over the sustainability of any return to normal life in Shanghai and elsewhere once restrictions are lifted. — Reuters, NBC News, 17 May 2022 See More

These example sentences are selected automatically from various online news sources to reflect current usage of the word 'concern.' Views expressed in the examples do not represent the opinion of Merriam-Webster or its editors. Send us feedback.

First Known Use of concern

History and Etymology for concern

The first known use of concern was in the 15th century 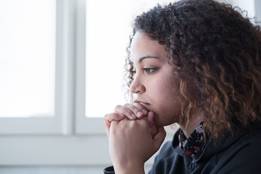 1 : to relate to : be about The story concerns a young prince.
2 : to be of interest or importance to : affect This problem concerns us all.
3 : to make worried Her illness concerned my parents.
4 : engage sense 2, occupy She concerns herself with other people's business.

Kids Definition of concern (Entry 2 of 2)

1 : a feeling of worry or care about a person or thing concern for the poor a cause for concern
2 : something that causes worry or is regarded as important The students' safety is her main concern.
3 : something that relates to or involves a person : affair This is not your concern.
4 : a business organization a banking concern

More from Merriam-Webster on concern