1 : to call upon officially or authoritatively to appear (as before a court)
2 : to quote by way of example, authority, or proof cites several noteworthy authors
3a : to refer to especially : to mention formally in commendation or praise She was cited for bravery.
b : to name in a citation cited by the trustees for his work in public health
4 : to bring forward or call to another's attention especially as an example, proof, or precedent cited the weather as a reason for canceling the picnic cited several studies that support his theory
Other Words from cite Synonyms Choose the Right Synonym Cite, Sight, and Site More Example Sentences Learn More About cite

Other Words from cite

Choose the Right Synonym for cite

summon, call, cite, convoke, convene, muster mean to demand the presence of. summon implies the exercise of authority. was summoned to answer charges call may be used less formally for summon. called the legislature into special session cite implies a summoning to court usually to answer a charge. cited for drunken driving convoke implies a summons to assemble for deliberative or legislative purposes. convoked a Vatican council convene is somewhat less formal than convoke. convened the students muster suggests a calling up of a number of things that form a group in order that they may be exhibited, displayed, or utilized as a whole. mustered the troops

The three homophones cite, sight, and site are occasionally confused by some people when used as nouns (sight and site) or as verbs (all three words). They needn’t cause trouble: with a little thought, most people who struggle with them can settle upon the correct choice.

Cite is most often encountered in the sense of “to name in a citation”; it may also mean “to mention as an example” or “to order to appear in a court of law.“

Most of the senses of sight are concerned with the act or action of seeing. A wonderful spectacle might be described as a sight, as might the general capacity to see anything (“my sight is not as good as it once was”).

Site is most often concerned with location; it is related to the verb situate "to locate" and situation "a position." A building site is the place where the building is, or will be, located. In contemporary English, site has increasingly been used as a shortened form of website, for the location of a specific page on the Internet.

If you connect citation with cite, eyesight with sight, and situate with site, you are unlikely to make an error.

Examples of cite in a Sentence

The article cites several experts on the subject. The museum had often been cited as an example of successful fund-raising. He cited evidence suggesting she was in the area when the crime was committed. She was cited for reckless driving.
Recent Examples on the Web But others in the industry cite history as a cautionary tale. — New York Times, 28 Mar. 2022 But none of the sources who spoke with Variety could cite first-hand knowledge of Disney executives directly cutting LGBTQ content from specific Pixar features. — Adam B. Vary, Variety, 18 Mar. 2022 Some reporters cite Queen Alexandra as the first owner of the brooch, but according to Up the Micks! — Caroline Hallemann, Town & Country, 17 Mar. 2022 But others cite notable differences, including Taiwan’s key role in global supply chains and the island’s location near key U.S. allies such as South Korea and Japan. — Washington Post, 5 Mar. 2022 Various sources cite various reasons, from conflicting schedules to their friends not getting along, but none are particularly acrimonious. — Elizabeth Logan, Glamour, 25 Feb. 2022 Brewers and drinkers alike cite several reasons for Houston’s fruited sour boom, one of which being the suitability of the beer style to the area’s intense sticky humidity. — Ruvani De Silva, Chron, 19 Apr. 2022 That report and the CAP analysis both cite improving pay and benefits as critical for retaining and attracting public employees. — Richard Mcgahey, Forbes, 14 Apr. 2022 Moscow did, however, cite a fire on board, per The Associated Press. — Brigid Kennedy, The Week, 14 Apr. 2022 See More

These example sentences are selected automatically from various online news sources to reflect current usage of the word 'cite.' Views expressed in the examples do not represent the opinion of Merriam-Webster or its editors. Send us feedback.

First Known Use of cite

History and Etymology for cite

Middle English, from Anglo-French citer to cite, summon, from Latin citare to put in motion, rouse, summon, from frequentative of ciēre to stir, move — more at -kinesis

The first known use of cite was in the 15th century

Inside Our Citation Files

Inside Our Citation Files

Episode 72: Inside Our Citation Files 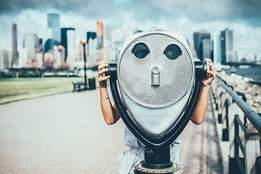 1 : to order to appear in court She was cited for reckless driving.
2 : to quote as an example, authority, or proof He cites several experts in his report.
3 : to refer to especially in praise The school was cited as a model for others.

1 : to demand the appearance of in court : serve with a citation had been cited for contempt you are hereby cited to show cause in the Probate Court
2 : to quote or refer to as a precedent or authority the plaintiff cites several cases for the proposition

History and Etymology for cite

More from Merriam-Webster on cite