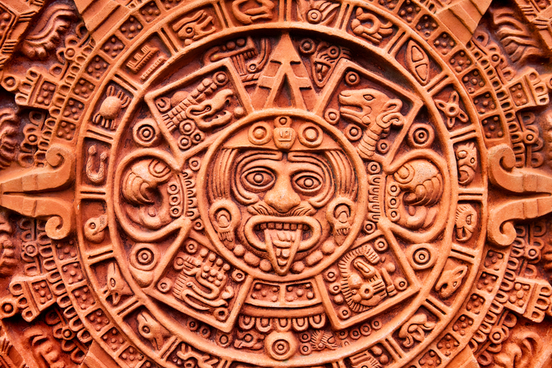 Nahuatlplay is the language that was spoken by the majority of the inhabitants of central Mexico at the time of the Spanish conquest. It is still spoken today by more than a million Nahua people. It was the language of the powerful Aztecs, whose culture dominated the region for centuries. Because Nahuatl was written using Spanish orthography beginning in the 1500s, it is easy to trace the words that have been absorbed into English in the ensuing centuries, words that describe the plants, animals, and food of the New World. 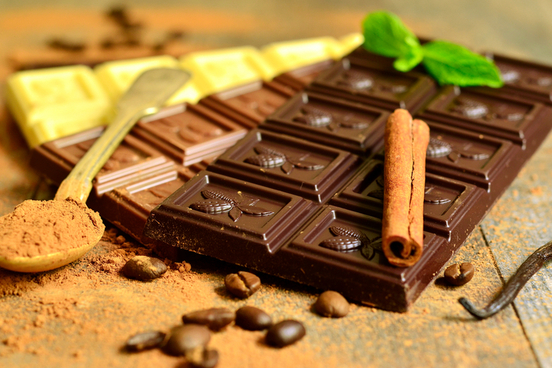 Chocolate comes from the cacao bean, as does cocoa, and because the three words sometimes overlap, their precise meanings can be confusing.

Unsurprisingly, cacao is the oldest of these words in English—it’s a direct borrowing of the Spanish spelling used for the Nahuatl word cacahuatl. Cacao was the spelling used by the conquistador Hernán Cortés, who introduced chocolate to Europe in 1519 following his visit to the court of the Aztec king Montezuma II, where he was served a bitter cacao-bean drink. Cacao initially referred to parts of the plant: the seed, the pod, the bean, and the tree itself. Today it usually refers to the dried seeds of the cacao plant.

Those seeds are also called, somewhat confusingly, cocoa beans. The word cocoa was at first just a variant (and therefore a synonym) that first appeared about a century after cacao, and the two words have been used interchangeably to refer to the seeds, beans, and tree ever since. (Interestingly, the variation cocoa was possibly influenced by another then-newly named tropical plant: the coconut.) Cocoa stands on its own to mean both the brown powder made from roasted cacao beans and the hot drink that is made from it.

Chocolate also came to English through Spanish, but has a different Nahuatl root word: chocolātl, from the combined words chikolli meaning “hook,” probably referring to the beater used to mix chocolate with water, and ātl, meaning “water” or “liquid.” As this etymology makes clear, chocolate originally meant “a beverage made by heating cocoa with water or milk,” that is, what we today call cocoa.

As if these overlapping terms weren’t confusing enough, Merriam-Webster’s Unabridged dictionary also offers an entry for chocolate tree, whose definition is: “cacao.” 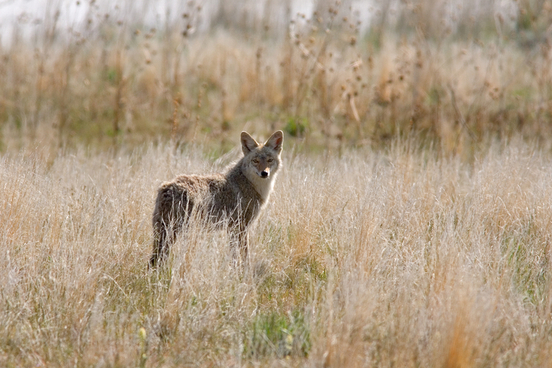 The word coyote came to English through Mexican Spanish from the Nahuatl word coyōtl in the mid-1700s. The canine animal is native to North America, and prior to that time, many Europeans simply called them wolves; it is sometimes described as a wild dog or called the prairie wolf. It is a distinct species and is smaller than a wolf, but they are so closely related to other canines that crossbreeding sometimes takes place: a coydog is the offspring of a coyote and a feral dog. The wolf-coyote cross called coywolf also exists.

Coyote has been used as a word for certain kinds of people: it’s defined as “an objectionable person” or “a cheat,” and it’s also a name for smugglers who help people enter the United States illegally.

Interesting uses of coyote as both an adjective and a verb come from the world of mining: a “coyote shaft” is a shallow mineshaft and “to coyote” means “to mine by sinking small shallow shafts with drifts running in several directions.” 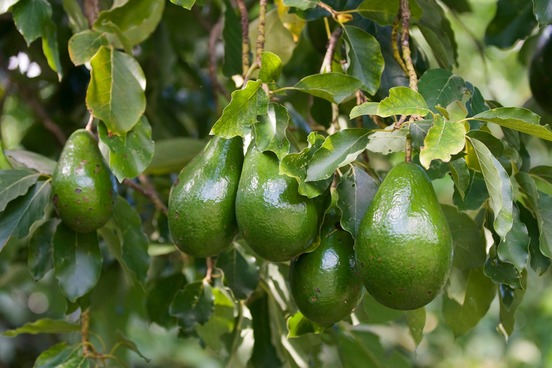 The English word avocado is a transliteration first used in the late 1600s of the Spanish word aguacate, which came from the Nahuatl name for the indigenous fruit, āhuacatl. A corruption of aguacate led to another term for the fruit, alligator pear, and because of the shape of the fruit, avocado pear is a term used in British English.

The shape of avocados wasn’t compared only to pears: the original Nahuatl word also means “testicle.” 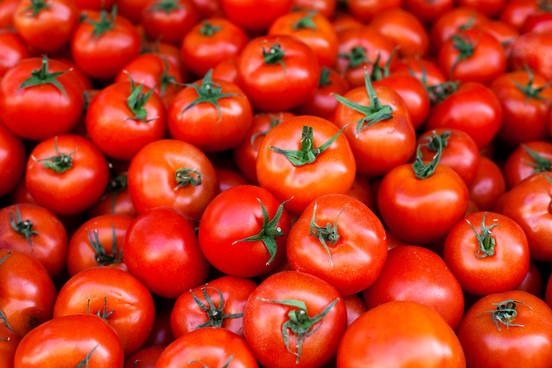 People who love red-sauce Italian food might be surprised to learn that the tomato is a New World fruit. And yes, it’s a fruit. In fact, the definition of tomato lists the part that we eat as a “berry,” which may come as a surprise. The word tomato started out as tomate in English around 1600, from the Spanish word that came from the Nahuatl tomatl. Since the potato had been introduced some decades earlier, the word tomate evolved to mimic the form of potato—hence the spelling tomato.

Interestingly, before the Spanish-influenced name of the fruit took hold, a name translated from French, love apple, was also used for what we now call the tomato.

Because tomato came from Spanish, it was initially pronounced \tuh-MAH-toh\ in English. But the older term potato influenced the pronunciation of the word just as it had influenced its spelling, and the long a commonly used in potato began to be used for tomato (\tuh-MAY-toh). Today the \tuh-MAH-toh\ pronunciation is still used by some in Britain and by some people in New England, but both are considered correct, no matter what that song says. 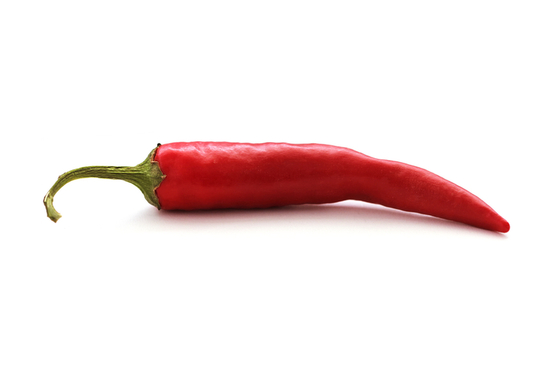 Chili comes straight from the Nahuatl word chīlli, meaning “hot pepper.” The word has common variants spelled chilli and chile and entered English through Spanish in the mid-1600s. The reason we call these fruits that are native to the Americas “peppers” is that their spicy taste resembled that of the black pepper made from ground and dried peppercorns imported to Europe from India since Roman times. We may also associate chili peppers with Asian cooking, but it was Portuguese traders who brought the plants east as part of the spice trade of the 1500s.

The spicy stew made with beans, minced chilis, and usually meat called chili con carne came much later, in the mid-1800s, and is now also called just plain chili.

The country called Chile (often spelled Chili in English until the 20th century) in South America is probably not named for the hot pepper. Nahuatl is not the indigenous language of peoples who lived so far south, and though there are several theories about the origin of the country’s name, none of them are spicy. 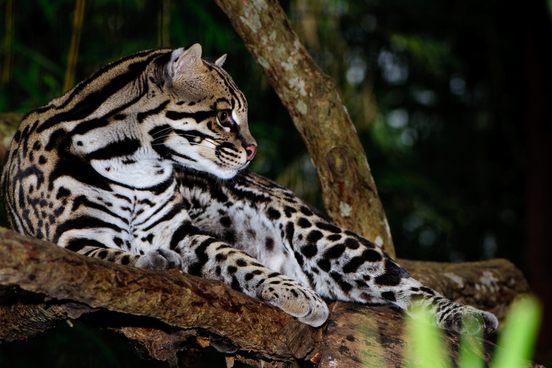 An ocelot is a small jaguar native to the Americas, from southern Texas to northern Argentina. Slightly larger than a domestic cat and about the size of a bobcat, it has distinctive dots and stripes on its fur like those of a jaguar. Appropriately, its name comes from the Nahuatl word for “jaguar,” ōcēlōtl. In this case, the word went from Spanish to French before coming to English.

The words jaguar and cougar both come from another indigenous language, Tupi, spoken in Brazil. 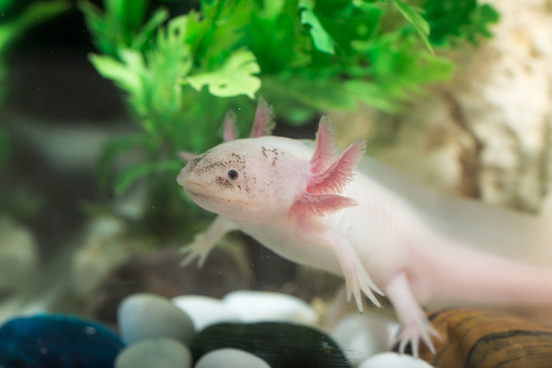 This salamander is distinctive because it retains external gills and a fin on its back into adulthood—traits that seem more like those of an adult fish than an amphibian—and because it has such small legs and feet, it looks like a walking fish. Today it is an endangered species, but was often eaten as a delicacy in Mexico going back to Aztec times.

The word axolotl comes straight from the Aztec Nahuatl name for the animal, and is one of the words that have retained the interesting tl cluster (as does Nahuatl itself) so distinctive to that language. 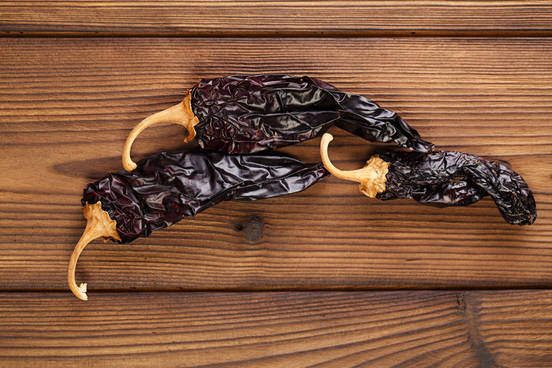 Most words that have come to English from Nahuatl date back to shortly after the period of Spanish conquest in the Americas, but chipotle is different. Probably because interest in Mexican cuisine is a 20th-century phenomenon, chipotle wasn’t used in English until the 1920s. Its definition is “a smoked and usually dried jalapeño pepper,” and jalapeño, meaning “from or of the Mexican city Jalapa” is also of Nahuatl origin (and the name of the city is sometimes spelled Xalapa). Jalapeño didn’t enter English until the 1930s.

Chipotle comes from the Nahuatl word that gave us chili combined with pōctli which means “smoke” or “something smoked.”