1 : a buff-gray to reddish-gray swift carnivorous mammal (Canis latrans) of North America that is closely related to but smaller than the wolf, has a narrow pointed muzzle and triangular ears, hunts singly or in small groups, and is known for its various distinctive vocalizations (such as barks, yips, and howls)

Note: The coyote is often considered a threat to livestock. Despite being hunted and trapped, the coyote has expanded its original range and is found in all states except Hawaii.

2 slang : one who smuggles immigrants into the U.S.

Examples of coyote in a Sentence

Recent Examples on the Web Inform Hassan of New York’s own impressive wild game: the Harlem deer, the Central Park coyote. — Zach Helfand, The New Yorker, 9 May 2022 After Tuesday's attack, a responding police officer found the coyote that day and shot at it, but the animal retreated into some woods. — Jason Hanna And Rebekah Riess, CNN, 7 May 2022 According to a joint determination from the Cape Wildlife Center and the Massachusetts Department of Public Health, the baby coyote has not been exposed to rabies. — Abigail Adams, PEOPLE.com, 4 May 2022 Police are warning neighborhood residents that the coyote should be considered extremely dangerous. — Chron, 3 May 2022 The first coyote was shot and killed near Pacific Coast Highway and Goldenwest Street. — Nathan Solis, Los Angeles Times, 29 Apr. 2022 Cameras captured footage of the coyote running along the beach, CBS Los Angeles reported. — CBS News, 29 Apr. 2022 When a local reporter interviews a mousy housewife about her life-changing encounter with a coyote, their eerie trek in the woods leaves them forever bonded with each other… and the beast. — Mia Galuppo, The Hollywood Reporter, 2 Feb. 2022 And rarely, a Cooper's hawk, coyote or red fox will make a rush through the feeding zone. — Paul A. Smith, Milwaukee Journal Sentinel, 2 Feb. 2022 See More

These example sentences are selected automatically from various online news sources to reflect current usage of the word 'coyote.' Views expressed in the examples do not represent the opinion of Merriam-Webster or its editors. Send us feedback.

First Known Use of coyote

History and Etymology for coyote

The first known use of coyote was in 1759 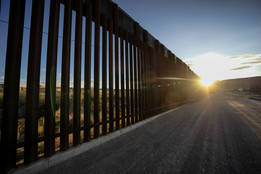 Trending: 'Coyote': "One Who Smuggles...

Trending: 'Coyote': "One Who Smuggles Immigrants" 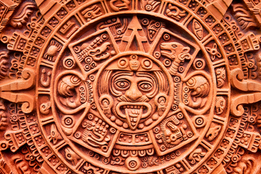 8 Words from Nahuatl, the Language of...

: a yellowish to reddish gray doglike animal chiefly of western North America that is closely related to but smaller than the wolf

More from Merriam-Webster on coyote

Thesaurus: All synonyms and antonyms for coyote