And if so, what about 'never'?

The adverb has been subjected to more than its fair share of questionable rules over the centuries. As far back as the beginning of the 19th century, writers were warned to not place an adverb between a verb and the word to, an admonition which, oddly enough, still has some currency today. Similarly, the poor sentence adverb (“an adverb that limits or describes the meaning of an entire statement rather than just a single word or phrase”) has been objected to by numerous usage guides and writing authorities. 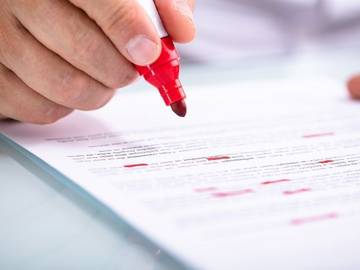 The next one's a doozy.

The most recent objection to the adverb is perhaps the most drastic one that this part of speech has ever experienced, for rather than regulate the position of the word within the sentence this advice seeks to, as much as possible, remove it completely.

Use words that give a clear picture; use adjectives and adverbs sparingly.
— Beverly Stokes and Richard A Hatch, Primary Principles of Good Letter Writing Found in Business Communication Texts (in The ABCA Bulletin), 1 Mar. 1975

Elmore Leonard lives by precise writing rules -- some of which fly in the face of custom. Several of his maxims: Never use adverbs. ”They're unnecessary over-writing, and they slow the story.”
— Anthony Wilson-Smith, Maclean’s (Toronto, Can.), 29 Mar. 1999

We're uncertain as to the precise nature of hurt inflicted on these writing coaches by the adverb, but have doubts that it warrants the complete removal of this part of speech. The anti-adverb movement seems to appear widespreadly in print in the 1970s, although it doubtless began before then. It is initially found in guides to proper newspaper writing, a field in which brevity and the lack of unnecessary words may serve the writer and reader well. Additionally, Stephen King and Elmore Leonard, well-beloved novelists who have given writing advice, both abhorred the adverb, often rather stridently, and their abhorrence has helped solidify the idea that we should avoid words ending in -ly.

Of course, not all adverbs end with -ly. Many of our most common adverbs, such as much, very, and otherwise, eschew this ending. And even though adverb contains the word verb, it may modify many other parts of speech, such as other adverbs, adjectives, and phrases. The adverb is a useful and multifaceted creature, and not merely a word ending with -ly that clogs up prose with unnecessary modifications of verbs.

This defense of the adverb should not be taken as a jeremiad against writing advice. Plenty of writers do use adverbs in an awkward or superfluous fashion. And plenty of writing guides give reasonable advice on adverbs (suggesting, for instance, that adverbs not be used to attempt to shore up a weak-sounding verb, or as a means of avoiding repetition). We would suggest that if you feel the need to inveigh against the adverb, it might make sense to not do so by using adverbs such as sparingly or never in your advice.