Can 'Hopefully' Mean "I Hope"?

A few years ago, the Associated Press announced that they were changing their stance on a certain issue of English usage:

Hopefully, you will appreciate this style update, announced at #aces2012. We now support the modern usage of hopefully: it's hoped, we hope.

The pronouncement had an immediate and calamitous effect. Grown men and women wept, bitterly reconsidering their life choices. Children felt a deep and inexplicable sense of grief, one that was incommensurate with their limited experience of hope and loss. Even dogs felt angry, although they couldn’t quite put their fingers on why this was. 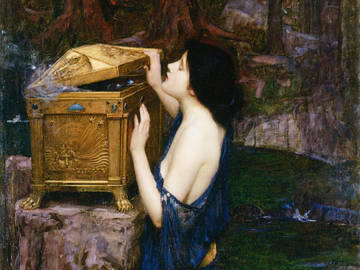 'Hopefully' has been used as a sentence adverb since at least 1648. Hopefully, that's good enough for you.

But what could this “modern usage” of hopefully be? Was it perhaps, as is the case with literally, one in which the word took on a meaning that was close to opposite of its commonly accepted one? Did it have something to do with millennials? Was it one in which the word lost all meaning? Not quite. It was the sense of hopefully that we define as “it is hoped: I hope: we hope.”

Oh. That one. As in “Hopefully, people will stop debasing the English language, and we can all go back to writing as Chaucer did.”

The issue that some people have with the preceding sentence is that hopefully should rightfully be confined to meaning “in a hopeful manner,” and to write that “in a hopeful manner people will stop debasing the English language” just doesn’t make much sense. However, this is not the only manner in which hopefully functions, no matter how much people might wish it were otherwise.

Hopefully can be used as a sentence adverb (also referred to occasionally as an adverbial disjunct). A sentence adverb modifies the meaning of an entire statement (as opposed to the adverb of manner, which modifies a single word or phrase).

“At church!” cried she; “surely you don’t think us so barbarously unfashionable as to go to church!”
—”Crabtree’s Complaint,” The Spirit of the Public Journals, 1803

In the citation above the adverb surely is not intended to indicate that a person thinks of something “in a sure manner”; it qualifies the entire statement, and has the meaning of “assuredly” (another word that is often used as a sentence adverb). We have a large number of adverbs that perform this function (thankfully, ideally, luckily, etc.), but few, if any of them have aroused the degree of ire that hopefully has. Why is this?

One possibility is that this use is seen as modern, and there is a curious and seemingly implacable feeling that many people have that linguistic change is evidence of some moral and intellectual decline. But the use of hopefully in this fashion is not modern, unless you adopt a definition of modern that means “occurring at any point after Shakespeare.” The earliest “modern usage” of hopefully that we are aware of comes from the middle of the 17th century.

This Discourse hath fully approved itself unto the Judgement of all those that have seen it hitherto, and hopefully it would have wrought some effect upon those that mannage the Affairs of this State, if the Danger of this last Commotion, had not employed all their strength and Attention, to save us from sudden Shipwreck.
—Samuel Hartlib, A Further Discoverie of the Office of Publick Address for Accomodations, 1648

None of these seem to have had much effect, as the sentence adverb use of hopefully has continued to grow. Some usage guides have come to accept the newfangled sense, while others still feel that it is incorrect. Our own Dictionary of English Usage offers the following advice: “You can use it if you need it, or avoid it if you do not like it.”