And their families of confusing verbs

English has a lot of verbs that end in –cede or -ceed. While most of them are rather common and their meanings rather straightforward, the differences in their spellings can make them hard to keep straight.

Let’s start with cede. This verb means “to yield or grant typically by treaty” and comes from a Latin word (cedere) meaning “to go, move away, withdraw, yield.” It is typically used of territory (as in “the U.S. ceded control of the Panama Canal to Panama in 1999”) or things like rights or power (as in “ceded her position as mayor”).

Cede is a homophone of seed, which itself can be a verb, with meanings ranging from “to plant seeds in” (as in “they seeded the lawn”) or “to rank or schedule contestants (as in a tournament)” (as in “the tennis player was seeded among the top three”). 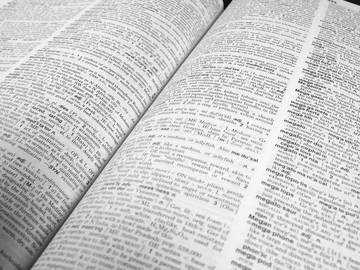 Planting the seeds of knowledge.

A number of English verbs were formed by adding a Latin prefix to cedere. Secede is another verb that is typically used of territory; a region secedes when it is no longer part of a federation. You can also secede from an organization, such as a political party. Secede was formed by attaching the Latin particle sed- (“apart”) to cedere.

Additionally, concede might mean “to acknowledge as won by an opponent’; a participant might concede a contest or election to an opponent when it appears to be impossible to win.

Another verb ending in –cede is precede, which means “to go before (as in rank or order of time),” as in “the movie trailers that preceded the feature.” Similarly, the verb recede means “to move back or away” (such as floodwaters, or a hairline) or “to grow less or smaller” (such as interest rates).

All of these verbs ending in –cede are related to cedere. But the same is true for a number of common English verbs that end in –ceed: proceed, succeed, exceed, etc.

To proceed means to move forward or commence an action (“the funding allowed them to proceed with the project").

Succeed is essentially the opposite of precede in that it means “to follow after another (as in rank or order of time).” It can also mean “to attain a desired end” or “to accomplish what is attempted,” as in “they succeeded in locating the lost dog.”

Exceed means “to go beyond” or “extend outside of,” as in “a crowd that exceeded the stadium’s capacity.”

So what accounts for some verbs being spelled –cede while others are spelled -ceed? As we have already mentioned, all of these verbs descend from the Latin verb cedere. The difference is in the paths they took from Latin to English. Precede and concede passed through French and cede may have as well, whereas proceed, succeed, and exceed all passed through Middle English.

And now, we will cede our time on your browser to another page.