Common terms referencing things that have fallen by the wayside
Last Updated: 11 Apr 2022 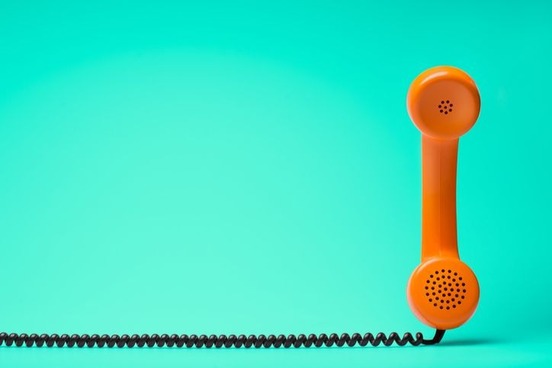 For a long time, to hang up a telephone was a literal act: whether the phone sat on a table or was mounted on a wall, the connection was terminated when you replaced the receiver in its cradle, much like hanging a coat on a hook.

With smartphones, the only way to hang up is to press an icon on the screen. It might make for less drama—you can’t (or at least shouldn't) slam the phone down angrily after an argument—but maybe that’s a good thing. 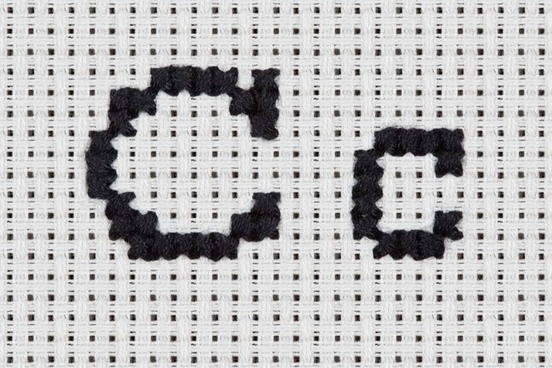 In reprography, a carbon copy is a copy of a written or typed document produced using carbon paper. Carbon paper is faced with a waxy pigmented coating so that the pressure of writing or typing causes the pigment to be transferred to the sheet that is underneath.

Carbon copies are still used on occasion—you’ve used them if you've ever had to sign forms in triplicate. But in the age of photocopiers and PDFs, they aren't as common as they used to be. As email became popular, carbon copy suited developers as the term for a duplicate message sent to recipients other than that to whom the message is addressed.

In figurative use, carbon copy describes one that is exactly the same (as in appearance) as another:

It’s almost a carbon copy of the problems Jose Quintana had for years on the South Side. Lopez pitches well and has nothing to show for it.
— Paul Sullivan, The Chicago Tribune, 14 May 2018

MORE TO EXPLORE: On the History of 'cc' and 'bcc' 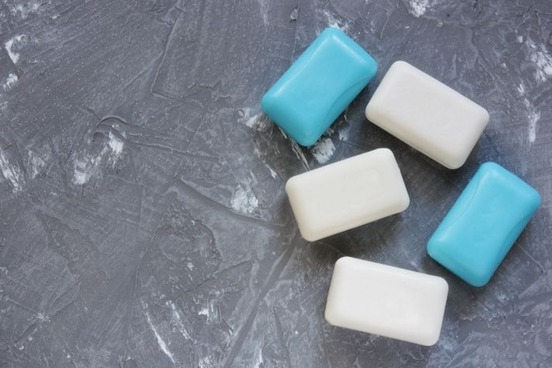 Soap operas began as radio serials, and are so named because they were originally sponsored by soap manufacturers, back in the days when a single product sponsored an entire program. (Nowadays you might see an ad for detergent among a handful of different commercials.)

These kinds of programs are known for their melodramatic plots and often ridiculous cliffhangers, and so the figurative soap opera is sometimes used to mean “melodrama or sentimentality.”

Daniel Ives of GBH Insights said in a research note that while Broadcom could potentially challenge the order, it’s not likely to make a difference. He wrote that “the Trump edict essentially kills any chances of this deal happening and is a major gut punch to those Qualcomm bulls hoping this soap opera could end with a bid following pressure from the shareholder meeting, which is poised to happen next month after getting delayed.”
— Jonathan Vanian, Fortune, 13 Mar. 2018

The adjective soapy, in addition to meaning “lathered with soap” or “having a smooth or slippery quality like soap,” can also mean “of, relating to, or having the characteristics of a soap opera.” 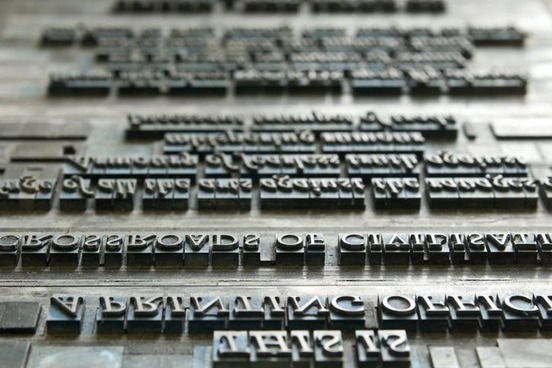 A stereotype is a kind of printing plate once commonly used in newspaper publishing. Developed in the late 18th century, it’s made by locking different plates (containing columns, advertising, etc.) together to form a page and then, using a mold, forming a new plate to print the whole page at once.

Many publishers don’t use stereotypes anymore, having moved on to photographic reproduction. Now when we hear stereotype, we are more likely to think of a different kind of impression—an unfair and often erroneous belief that many people have about all people or things with a particular characteristic.

People of South Asian heritage have criticized the heavily accented Apu for reinforcing stereotypes they say lead to bullying and self-loathing. Azaria said it makes him sad if anyone was bullied because of Apu.
— Associated Press, 25 Apr. 2018

MORE TO EXPLORE: The Physical History of 'Stereotype' 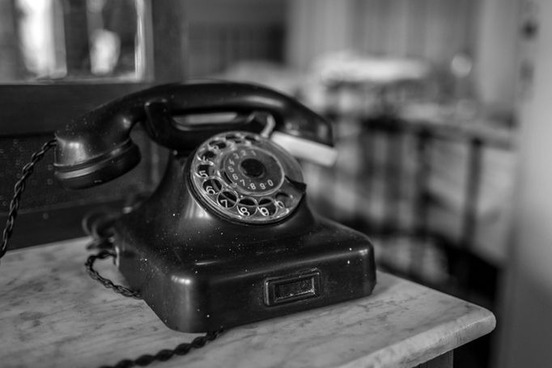 When was the last time you dialed a telephone with an actual dial? If you use a smartphone, you probably just hit a name stored in your contact list, but even pushbutton telephones—which have been around forever—got us away from the original sense of dial, which referred to a clock or watch and so described the circular arrangement of gradations seen on the faces of those timepieces.

The Medieval Latin dialis meant “clock wheel revolving daily,” suggesting a rotating device, or something with the parts arranged in a circular configuration. The circular dial used to enter numbers on the rotary telephone is what caused us to use the verb dial for the act of entering those numbers. Now we just punch them in, or let the computer do it for us. 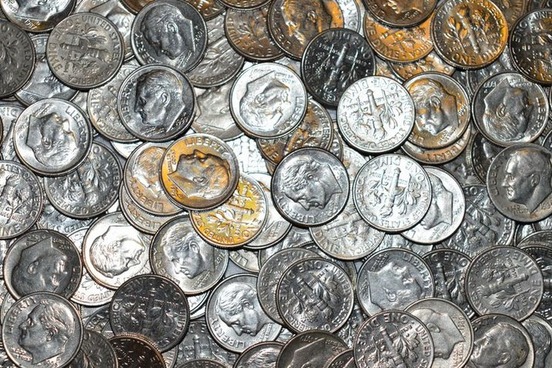 The idea of shopping at a dime store, also called a five-and-dime, might evoke a certain American era and remembering such stores, such as those owned by the F. W. Woolworth Co., might reveal a person’s age. The simple matter of inflation has caused dime stores to be replaced by dollar stores, also named for the typical price of the merchandise sold.

But dime-store still turns up in English as an adjective describing something of low quality:

To cope, our narrator narcotizes herself with everything late capitalism has to offer: ’90s movies, shopping and, finally, actual narcotics, with the help of a dime-store psychiatrist who, while writing her prescription after prescription, tells her that meditation has been proven to help insomniac rats.
— Megan O’Grady, T Magazine, 10 May 2018 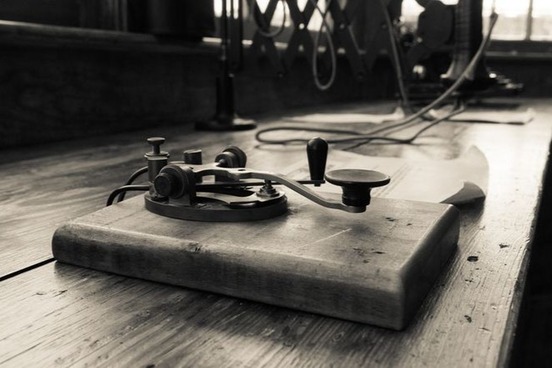 When we hear telegraph, we often think of the device developed and patented in 1837 by Samuel Morse for sending messages across long distances by way of electromagnetic signals. However, the word telegraph did not originate with the electric telegraph; that word can refer to any kind of process of communicating at a distance other than using speech, such as semaphore.

The telegraph device has long been supplanted by telephones and electronic communication, but telegraph survives in English as a verb meaning “to communicate or make known by signs especially unknowingly.”

In between are rows of booths with bench seating, telegraphing this is a come-and-go restaurant built for quick slurping.
— Sue Kidd, The News Tribune (Tacoma, Wash.), 9 May 2018

Boxers are said to be at a disadvantage when they telegraph punches, using body movements unconsciously to indicate to the opponent what kind of punch is about to be thrown. 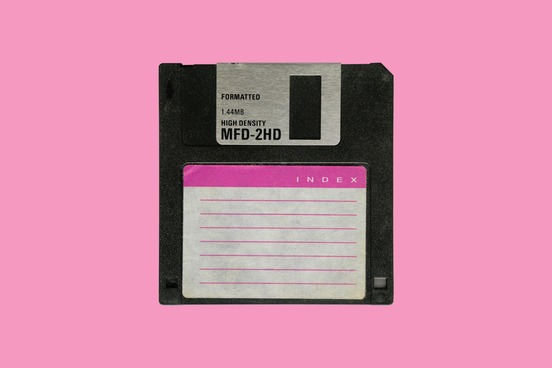 We Asked Our Users: What words did you hear as a child that you no longer hear today?
SEE THE LIST >