We're copying you on this just for your reference.

Cc and bcc stand for "carbon copy" and "blind carbon copy," respectively. This meaning comes from the use of carbon paper, which was used to make copies of documents by pressing pigment onto an additional sheet of paper underneath. "Blind carbon copies" were copies that didn't let the recipient know it was a copy. Today, they are seen in emails where senders want to send the email to multiple recipients, with or without letting those recipients know it is a copied message.

Some people enjoy the pastime of musing about language, while others prefer to dourly note that the youth of today is somehow unaware of an important piece of knowledge that was formerly universally known; a few stalwart worthies prefer to combine these passions. Happily for them, the English language affords many opportunities for musing/complaining about, such things as ‘kids these days don’t even realize that an LP was so called because it was long-playing in relation to the EP, which was an abbreviation for extended-play, but only was extended in relation to the old 45 singles, which were called 45s because they would spin 45 times a minute on the turntable, and when we were kids and had turntables there was real music, not this stuff you kids listen to today, and did I ever tell you about the time that I met Bing Crosby/Black Sabbath/Jo Stafford?’

Our language is liberally stocked with words borne of technologies no longer in use. One example may be found in our emails, in which we may choose, when composing a mail, to cc or bcc someone. These abbreviations stand for carbon copy and blind carbon copy, respectively. 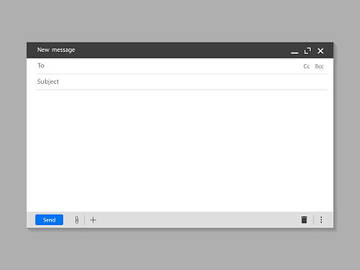 Original Use of 'cc'

Carbon copy may refer to a duplicate of something, or to a copy made by carbon paper (“a thin paper faced with a waxy pigmented coating so that when placed between two sheets of paper the pressure of writing or typing on the top sheet causes transfer of pigment to the bottom sheet”). In its earliest use carbon copy was used to refer to a type of photographic print, a use that is distinct from the one that gave us cc.

Now, Braun in Dornach conceived the happy idea to use for the reproduction of these drawings, the carbon process, which admits of the admixture of any pigment to the chromate of gelatine. I saw a carbon print copy of a lead-pencil drawing which looked so exactly like a lead-pencil drawing that it took considerable time to convince me that it actually was done by the carbon process.
— H. Vogel, The Philadelphia Photographer (Philadelphia, PA), 1 Jul. 1867

The result before us shows that a certain degree of success has attended the effort to get rid of the deadness and opacity which mar so many carbon copies, defects which cause us to prefer evanescent photographs.
— The Athanaeum (London, Eng.), 2 Apr. 1870

In the 1870s carbon copy took on a new meaning, relating to making a copy of documents (hand-written or typed) through the use of inserting carbon paper (or tissue) between the document one was composing and a blank sheet of paper.

The tissue softened in water is laid directly on the iron-paper print, and both are heavily pressed together. Warm water is then used to separate them, and the carbon copy is finished.
— Scribner’s Monthly (New York, NY), Jul. 1876

When Mr. Converse asked him if he had not testified before the special grand jury that he had gone to Montgomery’s house to show him a carbon copy of the article Mr. Booth had prepared for the Times, the witness said: “Yes; I did that to shield myself.”
— Chicago Daily Tribune, 7 Feb. 1888

In the 20th century carbon copy was shortened to cc, and entered the realm of business jargon, used particularly in correspondence. We also picked up blind carbon copy, which was the same as a carbon copy, but did not inform the recipients that it was a message sent to multiple parties.

If carbon copies of the letter are sent to other individuals, this is usually noted, as”: “cc.Mr. A. O. Smith,” or a “blind” carbon copy may be sent to Mr. Smith, in which the original letter does not carry this notation, but the carbon copy states: “bcc. Mr. A. O. Smith.”
— Kenneth A. Kobe, Chemical Engineering Reports, 1957

The notation bcc (blind carbon copy) is typed on the copies but not on the original when the dictator does not wish the addressee to know that a copy of the letter has been sent to someone else.
— Joseph Bernard Cleary, The Development and Construction of a Textbook-Workbook in Transcription English, Style, and Procedures (PhD Diss.), 1962

Usage as Verbs in Email

In the digital age cc and bcc began to see use as verbs, in particular when used in the context of e-mail or other forms of electronic communication.

I CC'd the list specifically for this message, since I also wanted to use this message to appeal that this discussion not continue in this list much longer.
— protections and list volume (in net.unix-wizards, usenet group), 5 Mar. 1985

The result is that the confidentiality of the Bcc header is partly lost -- each Bcc'd recipient knows who the other Bcc'd recipients are.
— BCC/sendmail interaction (in comp.mail.mh, usenet group), 1 Aug. 1990

Now truth be told, knowing the origin stories of cc and bcc may not carry as much cachet as knowing the difference between an LP and an EP. It does, however, allow you to talk about outdated technology and language in a fashion that does not permit a long-winded rant about how music used to be so much better - nobody wants to hear about that.