GAMES BROWSE THESAURUS WORD OF THE DAY WORDS AT PLAY SETTINGS
Word of the Day : June 6, 2019

1 : of or relating to the motion of material bodies and the forces and energy associated therewith

3 : of or relating to kinetic art

Kinetic comes from the Greek word kinētikos, meaning "of motion," which in turn traces to the verb kinein, meaning "to move." Compared to some other English words that have their roots in Greek, kinetic is a relatively young English word; the earliest evidence we have of its use is from the 19th century. Although it deals with the motion of images rather than material bodies, the word cinema is also related to kinein. The verb kinein is the source of the Greek kinēma, meaning "movement," to which the French referred in the coining of their cinématographe. Cinématographe is the word that gave rise to the English word cinematograph, of which cinema is simply a shortened form.

"See, that's where the height of the spaghetti mound comes in. The entire question hinges on how much momentum the meatball obtains as it rolls down. If the mound is very tall, the force of gravity could transform the meatball's potential energy into sufficient kinetic energy." — Arthur B. McDonald, The Washington Post Magazine, 17 Mar. 2019

What two letters precede kinetics to form a word for the science of the well-controlled body movement of dancers? 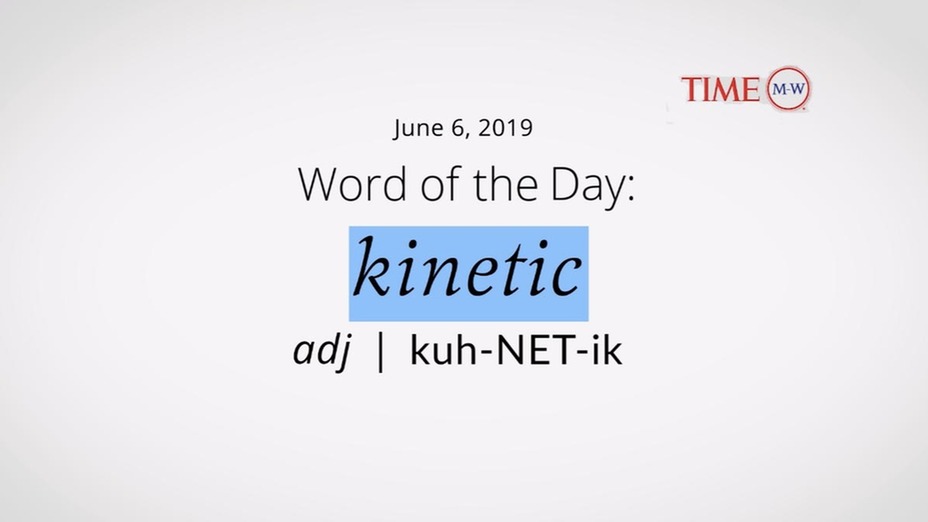 adj. - relating to the motion of material bodies