GAMES BROWSE THESAURUS WORD OF THE DAY WORDS AT PLAY SETTINGS
Word of the Day : June 5, 2019

Malapert debuted in English in the 15th century, was a favorite of Shakespeare, and is still used sporadically today. The prefix mal-, meaning "bad" or "badly" and deriving from the Latin malus, is found in many English words, including malevolent and malefactor. The second half of malapert comes from the Middle English apert, meaning "open" or "frank." Apert further derives from the Latin word apertus ("open"), which gave us our noun aperture (meaning "an opening"). Putting the two halves together gives us a word that describes someone or something that is open or honest in a bad way—that is, in a way that is rudely bold. The noun malapert also exists and means "a bold or impudent person."

"Hers were never the records you confessed to owning—especially 'How Am I Supposed to Live Without You'—but the payoff of having a musical affair with her was hearing her blissfully malapert voice rip the material to shreds." — Christopher Muther, The Boston Globe, 21 Aug. 2005

What does the doctrine malism teach? 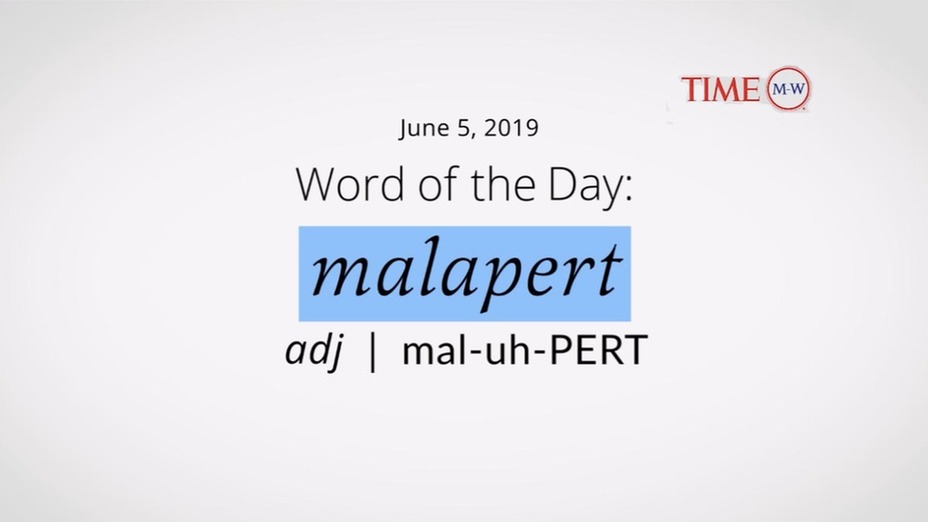